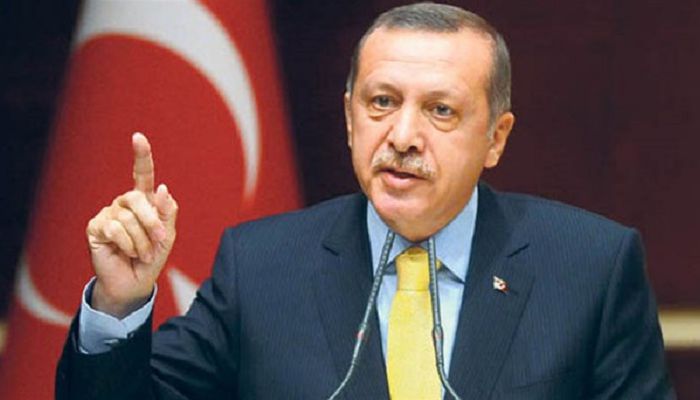 Turkish President Tayyip Erdoğan said during an interview on Monday that the United States should not harbor US-based Turkish Islamic scholar Fethullah Gülen, who Erdoğan and the Turkish government accuse of masterminding a failed coup attempt on July 15.

Gülen, the inspiration of the Gülen movement, a civil society initiative promoting worldwide interfaith dialogue, peace and tolerance, has repeatedly denied Erdoğan’s accusations and offered to return to Turkey if any concrete evidence that demonstrates his involvement in the coup attempt is brought before an international commission that would investigate the plotters of the coup.

“If the US is our strategic ally and our NATO partner … then they should not let a terrorist like Gülen run his organization,” Erdoğan said in an interview on the sidelines of the annual gathering of world leaders at the United Nations General Assembly.

Despite the fact that Gülen’s extradition has been kept a hot topic in Turkish domestic politics by Erdoğan and the Justice and Development Party (AKP) government, the Washington administration has said on several occasions that it would extradite Gülen only if Turkey provides evidence, much to the frustration Turkey’s AKP government.

Erdoğan said that Washington had “no excuse” for keeping Gülen.

In August, State Department Deputy Spokesperson Mark Toner said during a press briefing that Turkey had formally requested the extradition of Gülen but not on issues related to the recent coup attempt, which Turkish leaders have accused him of masterminding.

“We are now considering the merits of the request,” Toner said.

The AKP government and President Erdoğan have designated the Gülen movement a terrorist organization and have launched a widespread crackdown on suspected members since the failed coup.

Since July 15, thousands of institutions, including charities, schools and business associations, have been shut down, over 100,000 state employees have been sacked, more than 40,000 people have been detained and nearly 27,000 arrested over links with the movement.