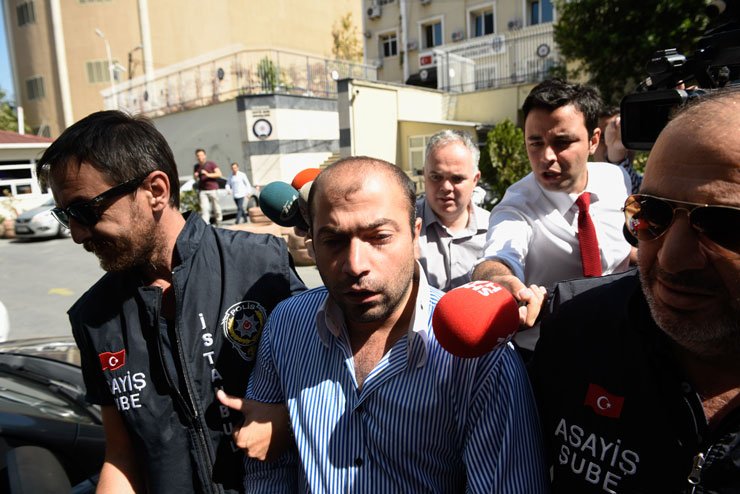 A man who attacked a young nurse on a bus in İstanbul’s Maslak neighborhood on Monday reportedly because she was wearing shorts, was released on Sunday shortly after his detention on Saturday.

The man, identified as Abdullah Ç., admitted to having attacked the nurse, Ayşegül Terzi, according to Turkish media reports.

“The shorts she was wearing was not suitable for the environment. So, I got angry and attacked her,” he reportedly told police.

Abdullah Ç., also spoke to reporters as he was being taken to the courthouse and said it was him who was attacked by vandals.

“Everything is under control. There is no problem, I will make the necessary statements. I was attacked by vandals. Around 20 left-wing terrorists attacked me. Everything happened in line with the Islamic law,” he said.

Abdullah Ç.’s brother reportedly told police that his brother suffers from schizophrenia, doctors told him to receive treatment but he refuse to undergo any treatment.

Twenty-three-year-old nurse Terzi told Turkish newspapers and TV stations that on Sept. 12, the first day of Eid al-Adha, on the way home from her shift at a hospital in İstanbul, an unidentified man on the bus kicked her. She said that because of her earphones she did not hear what the man said before he suddenly kicked her in the face, but a passenger next to her told that the attacker shouted “These woman are evil and spread bad fortune,” and uttered disparaging remarks.