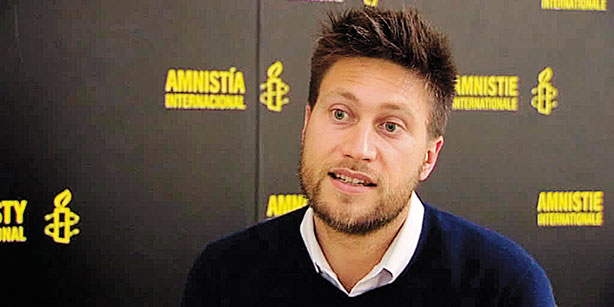 Amnesty International’s Turkey researcher has leveled sharp criticism against Turkey over ongoing purges that have followed a failed coup attempt in July and said arrests and firings over alleged links to the Gülen movement have now turned into a wide-ranging witch-hunt.

Andrew Gardner gave an interview to Voice of America Türkiye, published on Friday, and offered a bleak assessment of developments in Turkey. While he said immediate detentions and investigations into plotters were quite understandable following the attempted coup on July 15 and acknowledged that could happen in any country, he expressed deep concern that the government has primarily cracked down on dissent and Gülen sympathizers in the witch-hunt.

Gardner underlined that there is no concrete, substantive evidence that links those who have been dismissed, detained or arrested since July 15 to the coup attempt. The government has failed to provide any evidence despite the fact that it has launched massive crackdowns.

He said arrest and detentions, which are based on no evidence, are bound to inflict damage to the notions of rule of law and freedom of expression.

Almost one-fourth of members of the judiciary have been dismissed, detained or jailed pending trial, he said, adding that operations which target the judiciary will in the long term negatively affect judicial independence and the rule of law.

About a government decision to appoint administrators to 28 Kurdish-run municipalities, Gardner said it was not the first time such a thing has happened, recalling the government takeover of the Zaman newspaper by appointing trustees.

Gardner said Amnesty International is concerned about such practices. The appointment of trustees can only take place after a court ruling, he said, noting that the appointment of administrators without such a ruling is a source of deep concern.