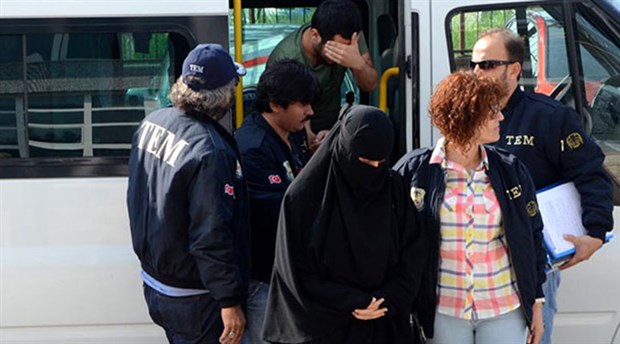 İstanbul police raided a location on Friday that had been turned into a terrorist cell by Islamic State in Iraq and the Levant (ISIL) militants, detaining ten terrorists who were preparing for a bomb attack, according to a pro-government daily.

ISIL terrorist Ali Al Aggal, who uses the code name Azzov, was among the nine terrorists getting ready to retaliate for Turkey’s anti-ISIL operation in Syria, Euphrates Shield. According to the report, the ISIL militants infiltrated Turkey last month, including Al Aggal, who was making preparations for bomb attacks inside the country.

Based on intelligence on ISIL members from Syria, the counterterrorism units determined several locations used as ISIL cells in Turkey. A place that appears to be a local club in the Küçükçekmece district of İstanbul was one of them. The police detained the nine-member ISIL team along with explosives. The ISIL terrorists were reported to have entered Turkey illegally. Fifteen other illegal foreign nationals found at the same location are to be deported