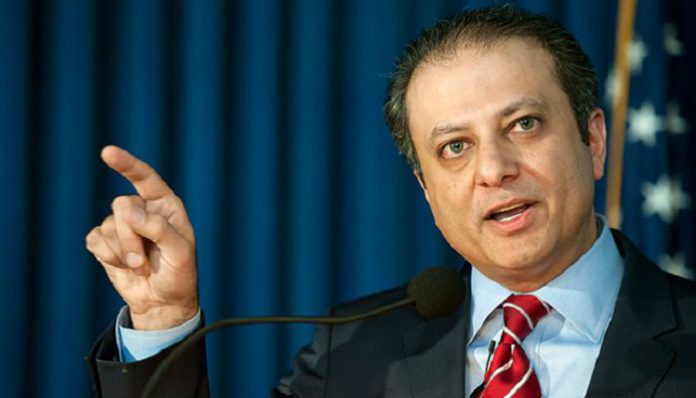 Zarrab’s defense asked Judge Berman on Sept. 1 to recuse himself due to his participation in a UN-sponsored conference in İstanbul in 2014 that was organized by the Yüksel Karkin Law Office, allegedly linked with the Gülen movement, which was accused by Turkish government of masterminding a July 15 coup attempt and corruption probes in December 2013 that implicated Zarrab.

Upon the request, Judge Berman cancelled a hearing for Zarrab scheduled for Sept. 6 after US Attorney Bharara requested time to respond to the recusal request made by Zarrab. Berman is now expected to announce a new date for Zarrab’s hearing.

In his letter to Berman, Bharara said the defense had already known about the judge’s remarks at the 2014 conference in May of this year and had stated their belief that this would not affect the judge’s impartiality or objectivity. Bharara added that the defendant’s demand for the replacement of the judge relying on that argument was “baseless.”

Zarrab, a Turkish-Iranian gold trader, was arrested in March in Miami on charges of violating US sanctions against Iran. In June Judge Berman rejected Zarrab’s request for release on $50 million bail and for detention in a luxury apartment in Manhattan. Zarrab has spent tens of millions of dollars and created a dream team of lawyers, including criminal defense attorney Benjamin Brafman.

After several prosecutors were removed from the case, police investigators were reassigned and the investigation was dropped against Zarrab in 2014, Berman commented on the Turkish probe, calling it “inappropriate to change the rules of the game while the game is taking place.” According to Zarrab’s lawyers, Berman’s court had already formulated opinions prior to this case, having a bearing on Mr. Zarrab’s purported criminality and his relationship with officials in the Turkish government.