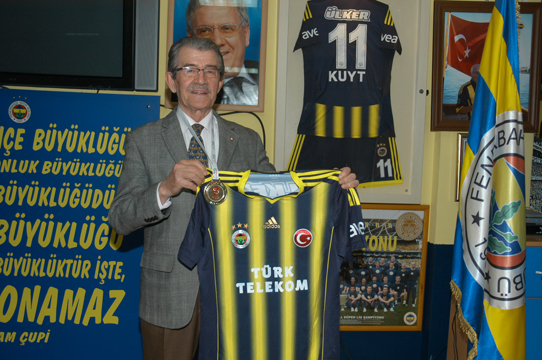 Dursun Çetin, a kit man for Turkey’s Fenerbahçe football club, has been detained over alleged links to the Gülen movement, which the government accuses of masterminding a July 15 coup attempt.

Police detained Çetin at İstanbul Sabiha Gökçen Airport on his way to Ukraine, where his team will play against FC Zorya in the UEFA Europa League on Thursday.

With his passport cancelled prior to the trip, Çetin was taken into custody on Wednesday. The club management was reportedly unaware of the warrant issued for Çetin.

The Turkish government has already detained 43,000 people and arrested 24,000 over alleged ties to the movement. Among the arrestees are journalists, judges, prosecutors, academics, doctors, teachers, nurses and even a comedian. While the movement strongly denies any involvement in the coup attempt, thousands have lost their jobs. (Turkey Purge)