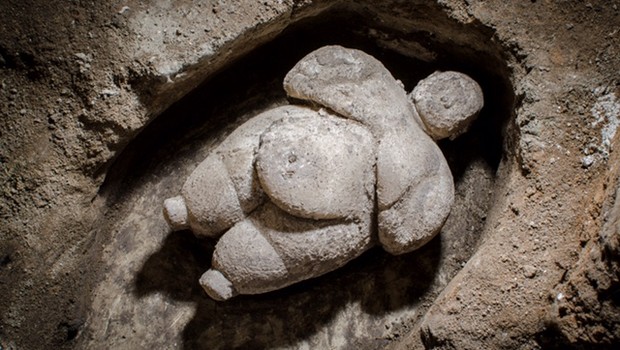 Archeologists have discovered the statue of a woman that dates back to 8000 B.C., a stunning find that gives indications of a developed civilization and settlement in central Anatolia in ancient times.

The discovery came after a group of archeologists led by Professor Ian Hodder with permission from the Culture and Tourism Ministry conducted excavations for several months at a site near Çatalhöyük, an ancient mound that has a Neolithic and Chalcolithic proto-city settlement.

The statue has withstood the test of time, and all parts remain intact. It is 17 centimeters long and weighs one kilogram. The discovery is expected to prompt a reassessment by scholars of the era and activities of civilization as well as the ancient arts.