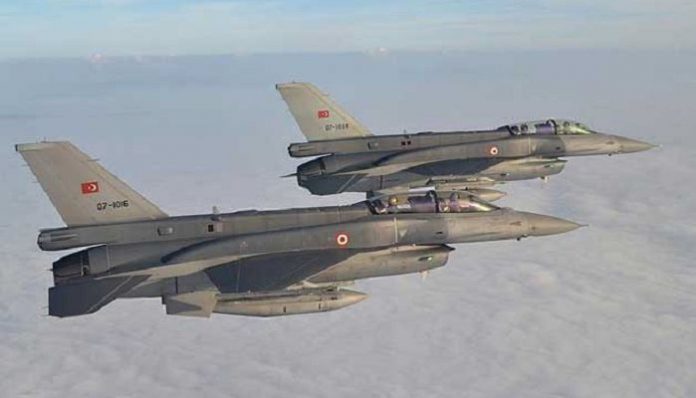 A total of 16 suspected members of the terrorist Kurdistan Workers’ Party (PKK) have been killed by airstrikes near the border with Iraq over the past two days, a Turkish Armed Forces statement said on Wednesday.

According to the statement Turkish jets launched airstrikes on PKK targets in the Avashin–Basyan region in northern Iraq and the Çukurca district of Hakkari province. The air strikes came after suspected PKK militants detonated a car bomb on Monday near local government offices in the city of Van further north, wounding 50 people including four police officers and four Iranian citizens.

The Turkish army said on Tuesday that nine militants suspected of connections to the Van car bombing had been killed in air strikes on Tuesday, in which a shelter, a cave and an ammunition depot were also destroyed. Security sources said a further seven were killed on Wednesday.

About 700 Turkish security force members have died in PKK attacks in Turkey over the last year following the collapse of a three-year settlement process.

The PKK has been waging a four-decade-long war against the Turkish state to carve out an autonomous zone in Turkey’s Kurdish Southeast. The group is listed as a terrorist organization by the US, the EU and Turkey.