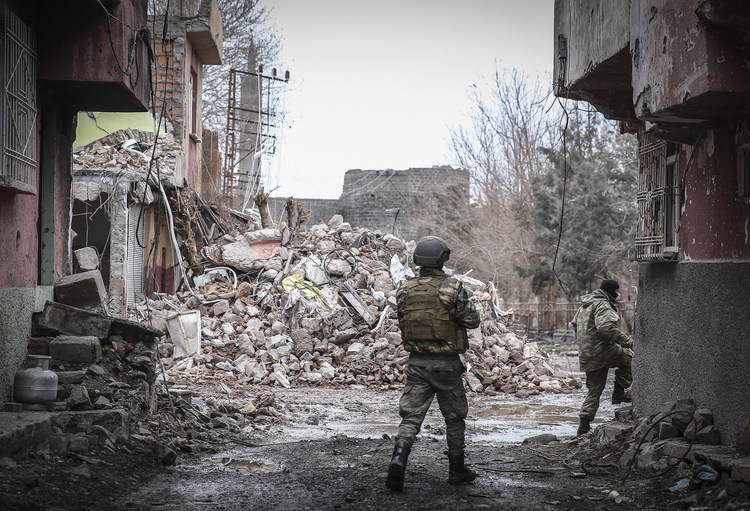 Jailed leader of the Kurdistan Workers’ Party (PKK) Abdullah Öcalan has sent a message of reconciliation to Turkish authorities, calling for an immediate halt to fighting and a lasting resolution to a bloody conflict between the PKK and the Turkish security forces, saying that “a solution would be reached within six months if the Turkish state is really ready.”

After months of isolation, the imprisoned PKK leader was allowed to meet with his brother Mehmet Öcalan on İmralı Island, where Öcalan is kept in a highly guarded and secure military prison. Denial of access to lawyers and officials from the pro-Kurdish Peoples’ Democratic Party (HDP) has led to questions over his wellbeing.

After protests across the Southeast last week, Ankara finally allowed his brother Mehmet Öcalan to visit the PKK leader on İmralı, an island prison in the middle of the Marmara Sea. Mehmet Öcalan held a press briefing on Monday in Diyarbakır and delivered the PKK chief’s message to the public.

At a time of renewed clashes between the PKK and Turkish security forces that have claimed hundreds of lives on both sides, Öcalan called for a resumption of peace talks.

He blamed the government for the end of the previous peace process, which collapsed last summer following the inconclusive June 7 parliamentary elections.

“We did not kill the previous peace process. The solution cannot be unilateral. Had the [Turkish] state really been sincere, the dispute would be resolved, and far fewer people would have died,” he said through a statement read by his brother.

He said nobody could win the war, which dates back 200 years. “The more political the matter, the more of a legal aspect it has. We have projects [for solution]. The state would send two [officials], then we could solve it within six months,” the PKK chief said.

PKK supporters and many Kurds who went on hunger strikes to press for ensuring a resumption of visits to Öcalan ended their protest after his brother’s visit.

The Turkish authorities had conducted direct talks with the jailed PKK chief for several years until the truce collapsed in the summer of 2015. More than 40,000 people, including 5,500 security force members, have been killed in four decades of fighting between the Turkish state and the PKK, which is listed as a terrorist organization by Turkey, the US and EU.

His call comes at a time when Turkish authorities have appointed new administrators to 28 Kurdish-run municipalities and removed their elected Kurdish mayors. The decision sparked protests across the Southeast and prompted criticism from Kurdish politicians, who portrayed the move as a coup against the will of the people.

The EU and the US also expressed concerns over the new government policy, warning that it would deadlock any civilian efforts to resolve the conflict.

“#Turkey is going to bring on that which they fear most. Their actions are radicalizing a whole generation of Kurdish youth,” tweeted Former US Ambassador to Turkey Eric Edelman on Monday.