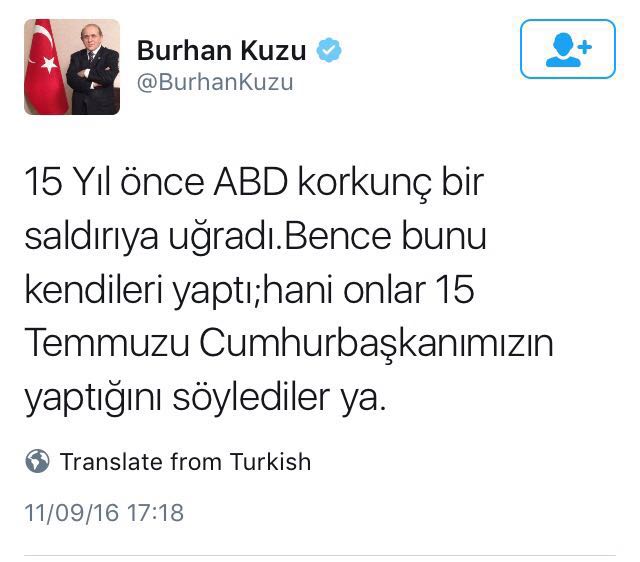 On the 15th anniversary of the September 11 terrorist attacks on the US, an advisor of Turkish President Recep Tayyip Erdoğan argued in a tweet that the United States staged 9/11 itself.

Advisor Burhan Kuzu, who is also a professor of constitutional law, wrote on his Twitter account ¨The US was horribly attacked 15 years ago today. I think they did it themselves just like they claimed President Erdoğan staged the July 15 coup.¨

Professor Kuzu is notorious for his scandalous tweets mostly targeting opponents both at home and abroad. Recently, he had attacked and slurred leading European politicians.