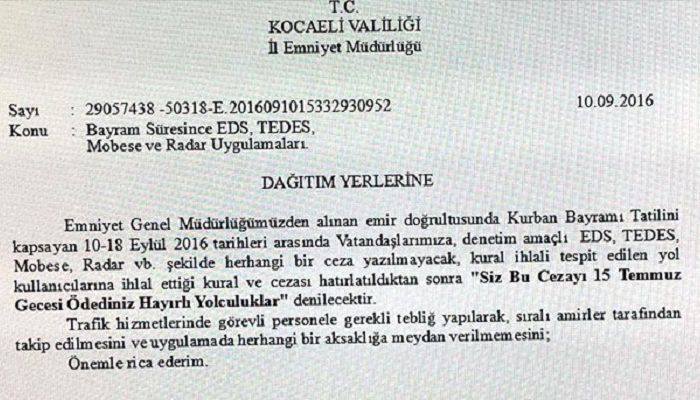 The Kocaeli Governor’s Office released a notice on Saturday to police officers in the city ordering them not to issue any tickets to drivers who violate traffic regulations during the Eid al-Adha holiday, celebrated from Sept. 10-18.

According to the notice, police officers are advised to ignore traffic violations on national roads and highways and instead advise drivers about the rules and fines and say: “You paid this ticket on the night of July 15 [coup attempt]. Have a safe journey.”

A putschist faction within the Turkish military rebelled against the Justice and Development Party (AKP) government and President Recep Tayyip Erdoğan on July 15 but eventually failed after facing stiff resistance from police and ordinary citizens who flocked to the streets after a call from Erdoğan.