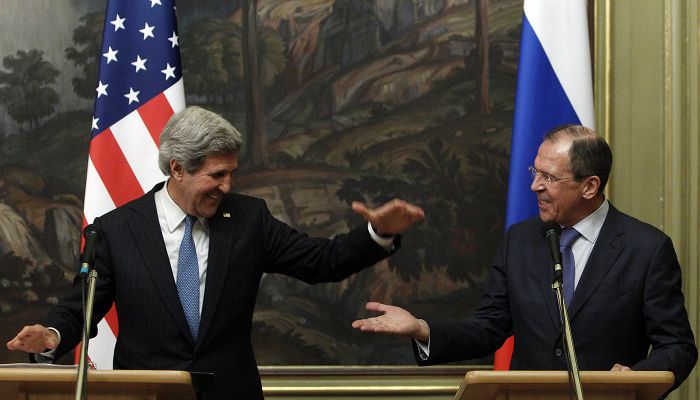 According to a statement released by the Turkish Foreign Ministry, Çavuşoğlu spoke to Kerry by phone and said it was essential to halt the fighting across Syria and deliver humanitarian aid to those in need “from the first day.”

The US and Russia earlier hailed the deal to put Syria’s peace process back on track, including a nationwide truce from sundown on Monday, improved humanitarian aid access and joint military targeting of banned Islamist groups.

Turkey, which launched its first major military incursion into Syria two-and-a-half weeks ago, has said it is preparing to provide humanitarian aid to the northern city of Aleppo along with the UN following the deal.

Speaking to the media during a press conference with his counterpart Kerry in Geneva on Friday, the Russian foreign minister said only the Russian and US air forces would operate in areas designated for coordinated strikes but added that the Syrian air force could operate in other areas. Syria’s Assad regime also endorsed the deal, the state news agency Sana reported.

The deal provides for a 10-day cease-fire from Monday followed by coordinated air strikes against jihadist militants. Fighting raged on Saturday, with at least 20 deaths from one air strike.

During the last five years of civil war after an uprising began against the Assad regime in 2011, millions have fled abroad, many of them seeking asylum in the EU. However, nearly 18 million people remain in Syria, which has been carved up by fighting between government and rebel forces.