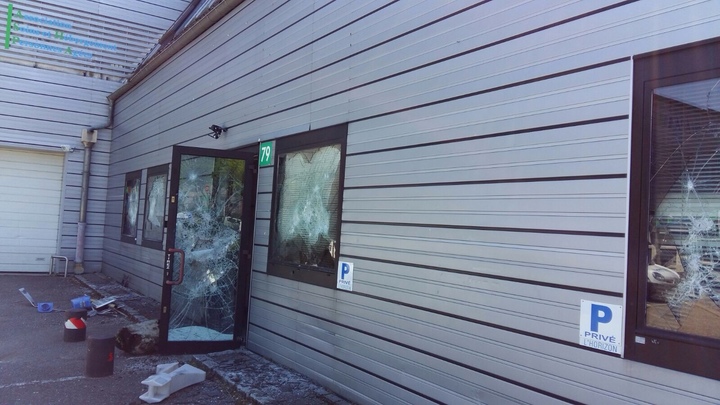 A 28-year-old man of Turkish origin was handed down a prison sentence of eight months and a fine of 23,000 euros by a French court for attacking several institutions affiliated with the faith-based Gülen movement in France.

The Turkish government blames Turkish Islamic scholar Fethullah Gülen and his supporters for a failed coup on July 15, a charge denied by Gülen.

The man, identified only by the initials M.Y., was arrested on Aug. 3 by French police after he attacked the Gülen-affiliated Horizon Culture Center in northeastern France with a hammer.

M.Y. was kept under pre-trial detention until Sept. 9, when he appeared in court.

M.Y. admitted to have taken part in six other attacks against Gülen-affiliated education and culture centers in France.

When the judge asked M.Y. why he was involved in violence against these institutions, he said several people came to a mosque linked to the Turkish–Islamic Union for Religious Affairs, usually referred to as DİTİB, and threatened him there.

In response the judge asked why he attacked the education centers if some people had threatened him.

The court handed down a prison sentence of eight months to M.Y. He will spend the first four months in prison, while he will be released on probation for the second four months. M.Y. will be kept behind bars for only three months because he already served the first month of his sentence after he was detained on Aug. 3.

In a similar development in France, another man of Turkish origin, identified by the initials O.K., was briefly detained for making a death threat to a member of an education center in Mulhouse, identified simply as M.K.

O.K. reportedly sent a text message to M.K. that said: “Those who kill you will be awarded by both the state and God.”

O.K. denied having sent the text message to M.K. and claimed that somebody took his mobile phone while he was sitting in a cafeteria and sent the message without his knowledge.

O.K. has been released pending trial after spending three days in jail. He will appear before a court on Dec. 8.

Recently, two men of Turkish origin were also detained in the Netherlands on suspicion of death threats and hate speech made against critics in Holland of Turkish President Recep Tayyip Erdoğan.

In a statement last Monday Dutch police said they had investigated 150 complaints related to the aftermath of Turkey’s coup attempt in mid-July, roughly half of them for threats and intimidation appearing on social media.

Turkey’s post-coup fallout has spilled over into Turkish immigrant neighborhoods in Europe with lists of purported Gülen supporters circulating on social media, exposing families and schoolchildren to death threats.