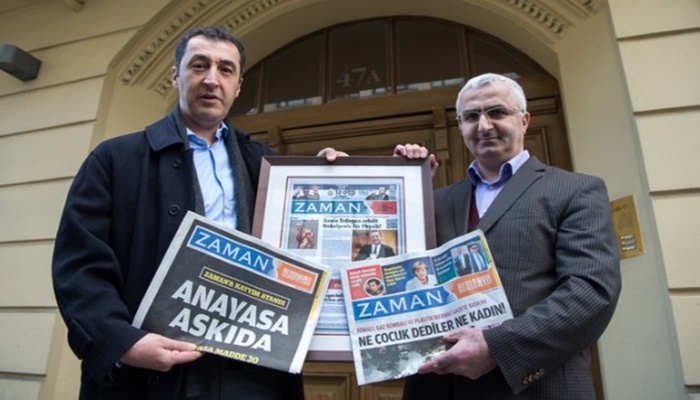 The Turkish-language Zaman newspaper has decided to halt its operations in Germany after its readers received threats over their subscriptions to the paper, Deutsche Welle (DW) reported on Friday.

“Our subscribers are being visited; they are being threatened that if they continue to subscribe, they will have problems,” Süleyman Bağ, an executive at the paper, told DW.

Bağ was further quoted as saying that the current situation in Turkey, where the government is carrying out a wide-ranging media purge, was spilling over into Germany.

It is not yet known whether the newspaper will maintain its online edition.

The Zaman French and Belgian newspapers had earlier stopped publishing due to threats.

Zaman had been target of President Recep Tayyip Erdoğan and the Justice and Development Party (AKP) government since the Dec.17-25, 2013 corruption investigations. The government seized the Zaman group on March 4, 2016 with a police raid on its headquarters in Istanbul.

The newspaper was closed down along with 131 other media outlets under a state of emergency decree following a July 15 coup attempt over its ties to the Gulen movement, which Erdoğan and the AKP government accuse of having masterminded the failed coup. Dozens of Zaman columnists, editors and reporters were jailed following the putsch.

The Istanbul headquarters of Zaman have been the target of ruling AKP supporters as protesters have gathered in front of its offices chanting slogans on many occasions in recent years.