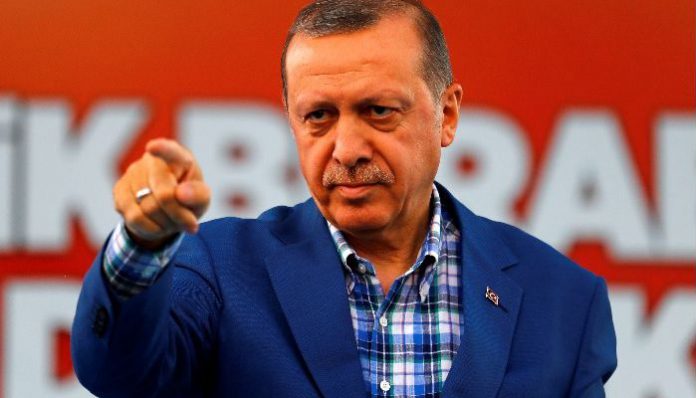 President Recep Tayyip Erdoğan has acknowledged that a witch-hunt he launched against the faith-based Gülen movement has gotten out of control and that people who have nothing to do with the movement are being labeled as Gülenists.

Speaking to reporters on Tuesday night while returning from China where he attended the G20 summit, Erdoğan said: ”There is a situation of oranges being mixed with apples. Some people are saying things randomly with the hope that they may turn out to be true. Some people are doing this, particularly in the press and on TV. I watch TV when I have the opportunity and have heard some of the comments. These people [accused by the commentators] actually have nothing to do with this [the Gülen movement] — they just put a label on those people. These things are not right. We should avoid such mistakes.”

Turkey survived a military coup attempt on July 15 that killed over 240 people and wounded more than a thousand others. Immediately after the putsch, the Justice and Development Party (AKP) government along with President Erdoğan pinned the blame on the Gülen movement, inspired by US-based Turkish Islamic scholar Fethullah Gülen.
.
Despite Gülen and the movement having denied the accusation and calling for an international investigation, Erdoğan — calling the coup attempt “a gift from God” — and the government launched a widespread purge aimed at cleansing sympathizers of the movement from within state institutions, dehumanizing its popular figures and putting them in custody.

60 Turks returning from Iran put under observation for coronavirus at...