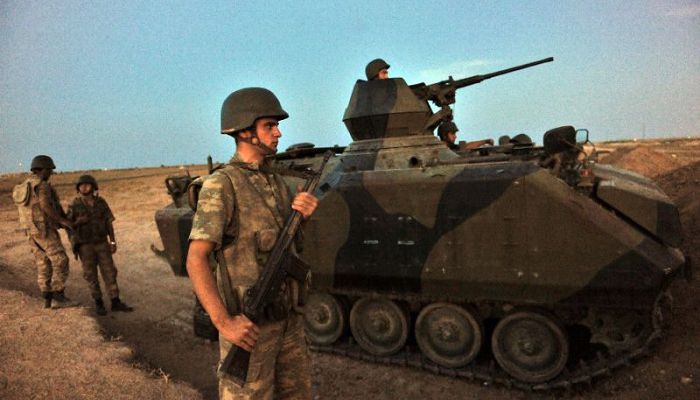 A statement from the Turkish military said on Tuesday that threeTurkish soldiers were killed and five others were wounded after the Islamic State in Iraq and the Levant (ISIL) launched a rocket attack on two Turkish tanks near the village of al-Waqf in northern Syria.