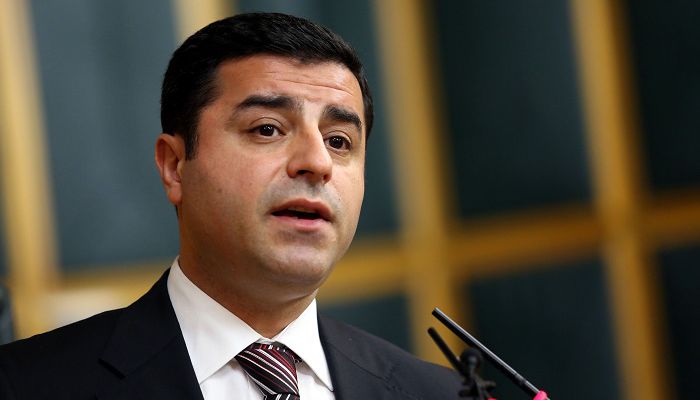 The Diyarbakır Public Prosecutor’s Office on Tuesday invited pro-Kurdish Peoples’ Democratic Party (HDP) Co-chairman Selahattin Demirtaş to visit the Diyarbakır Courthouse to give testimony concerning accusations that he is a member of an armed terrorist organization.

The HDP’s Diyarbakır deputy Nursel Aydoğan was also invited to give her testimony along with Demirtaş.

The Ankara Chief Public Prosecutor’s Office subpoenaed the HDP’s Demirtaş and Figen Yüksekdağ to testify on accusations of “spreading terrorist propaganda” and “insult.”

Demirtaş told the media on June 30 that he is not planning on testifying to the prosecutor in line with a decision his party had earlier made. According to reports there are currently four investigations under way against Demirtaş.

The Ministry of Justice has already sent 682 motions against 152 deputies, whose parliamentary immunity was removed, to prosecutors’ offices. It was reported that the motions include accusations against main opposition Republican People’s Party (CHP) leader Kemal Kılıçdaroğlu and Nationalist Movement Party (MHP) Chairman Devlet Bahçeli.