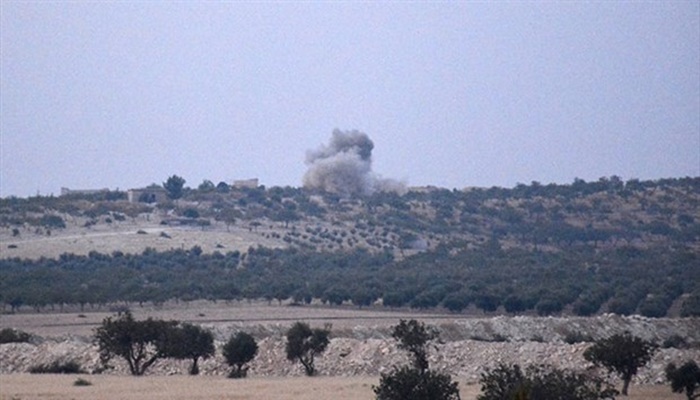 Turkey-backed rebels on Monday were able to take nine more villages from the terrorist Islamic State in Iraq and the Levant (ISIL) in Syria, the Turkish military said.

On Sunday rebels supported by Turkey successfully sealed off the last stretch of border from ISIL elements and were able to complete the line running between Azaz and Jarabulus, a key goal in Ankara’s plan to secure the 90-kilometer (55 miles) corridor by pushing away ISIL from the border.

Rebels began to advance east from Azaz, toward Jarabulus, and took control of 20 villages on Sunday, capturing nine more on Monday.

Turkey and the US back the FSA in its fight against ISIL. Turkey first launched its Syria intrusion on Aug. 24 to clear its border of ISIL elements as well as to stop the westward advance of Kurdish militia the People’s Protection Units (YPG) under the banner of the Syrian Democratic Forces (SDF) in its years-long quest to unite its fragmented cantons.

The potential emergence of a Kurdish statelet in northern Syria across Turkey’s southern border has caused anxiety in Ankara. The YPG’s takeover of Manbij from ISIL in a costly 11-week battle set off alarm bells and prompted Turkish action.

The Kurdish militia is a US ally on the ground in its fight against ISIL in Syria and enjoys US air cover in its campaigns. While Washington backs the Turkish intrusion against ISIL, it is concerned about an all-out war between Kurdish militants and Turkish forces.

Ankara views the YPG as an offshoot of the Kurdistan Workers’ Party (PKK), an insurgent group that has been fighting the Turkish state for four decades for more autonomy in Turkey’s Southeast. The US, the EU and Turkey view the PKK as a terrorist organization. But the US and Turkey’s other NATO allies make a distinction between the PKK and its Syrian branch, the YPG, despite the acknowledgment of links between them.