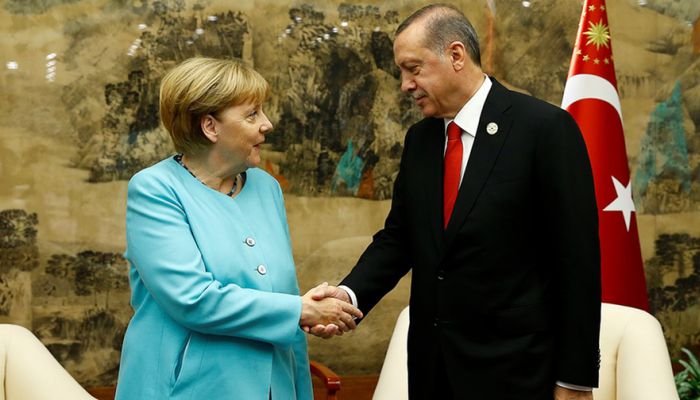 After a meeting with Turkish President Recep Tayyip Erdoğan on the sidelines of the 11th G20 summit in Hangzhou, China, on Sunday, German Chancellor Angela Merkel said there could be “good news” for lawmakers who want to visit German troops in Turkey.

Merkel stated that “the conversation [with Erdoğan] was constructive” over a parliamentary visit to German troops at İncirlik Air Base in Turkey and said she sees a chance in the coming weeks for the EU and Turkey to resolve their disagreements over visa-free travel for Turks visiting the EU.

Relations between Germany and Turkey deteriorated after German parliamentarians passed a resolution in June recognizing as genocide the mass killing of Armenians at the hands of Ottoman forces in 1915-16. Immediately after its passage, Turkey blocked a German parliamentary delegation from visiting İncirlik.

Turkey had agreed to help the EU curb migrant flows in return for several billion euros, visa-free travel for Turks in the bloc and the fast-tracking of EU accession talks, according to a deal between the Turkish government and the EU signed in March. After Turkey refused to soften its anti-terror law, the deal was frozen in early May when the EU criticized Turkey for using the law to pressure critics. Ankara has accused the EU of dragging its feet on the question of visa-free access for Turks.