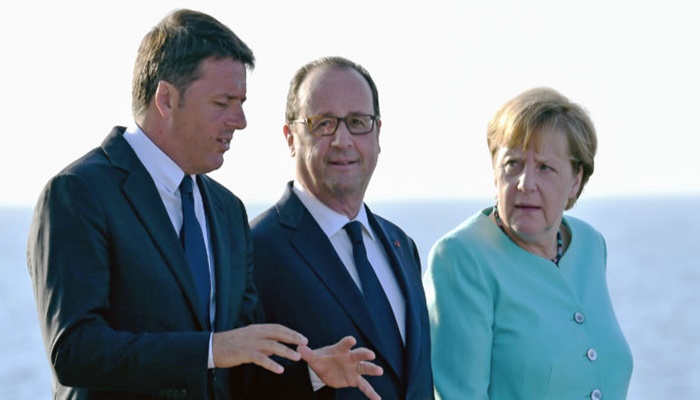 Erdoğan gifted the French leader with a book about the failed coup attempt in Turkey on July 15, Turkish media reported. Both of the meetings were held behind closed doors.

Erdoğan also had another bilateral meeting with Merkel on Sunday.

Turkish-European Union relations have been strained over implementation of the migrant deal they signed in March. Turkey agreed to help the EU curb migrant flows in return for several billion euros, visa-free travel for Turks in the bloc and the fast-tracking of EU accession talks.

After Turkey refused to soften its anti-terror law, the deal was frozen in early May after the EU criticized Turkey for using the law to pressure critics. Ankara has accused the EU of dragging its feet on the question of visa-free access for Turks.

Turkey could walk away from its promise to stem the flow of illegal migrants to Europe if the European Union fails to grant Turks visa-free travel to the bloc in October, Foreign Minister Mevlüt Çavuşoğlu declared in August.