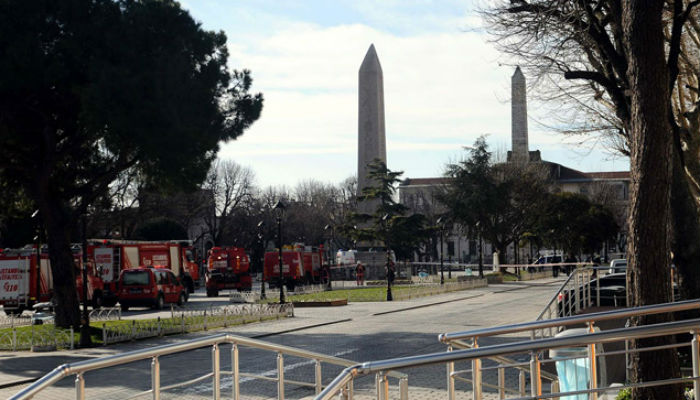 An İstanbul court on Monday ruled for the release of six suspects who are standing trial for complicity in a bomb attack in İstanbul in January that claimed the lives of 12 German tourists and injured dozens of others.

In the second hearing of the trial of 26 suspects, 13 of whom are currently in jail, at the İstanbul 14th High Criminal Court, six of the suspects were released after they denied having played any role in the attack, which was a suicide bombing carried out by an Islamic State in Iraq and the Levant (ISIL) militant.

The court, however, imposed a travel ban on the six suspects who were released.

The suicide bombing took place in the historic Sultanahmet Square in İstanbul on Jan. 12. The attacker was identified as Nabil Fadli, a Syrian member of ISIL.