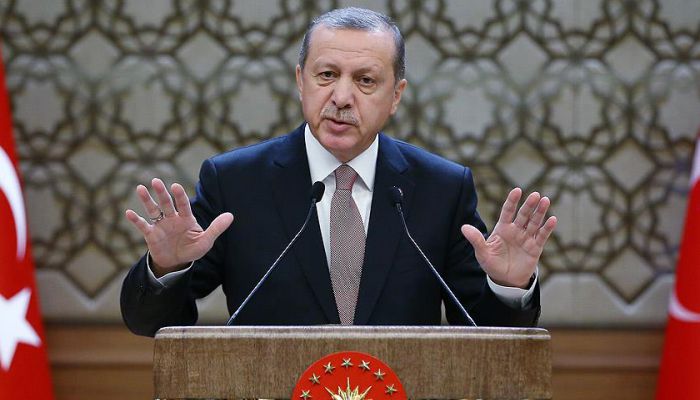 In yet another move to make the Gülen movement, inspired by the views of US-based Turkish Islamic scholar Fethullah Gülen, a scapegoat for every crime in Turkey, President Recep Tayyip Erdoğan claimed on Tuesday that it was Gülen who put Turkey in trouble in Syria and Iraq.

Erdoğan, speaking during a Victory Day reception at the presidential palace on Tuesday, added, “I believe it is most definitely FETÖ [Fethullahist Terrorist Organization] behind the crisis between Turkey and the European Union and Western countries.”

Erdoğan uses the term FETÖ in reference to the Gülen movement and blames the group for a failed coup attempt on July 15 to topple him. Gülen denies the accusation and rejects any link to the coup attempt.

During another speech at the presidential palace on Tuesday, Erdoğan also renewed his call to the people to inform authorities about followers of Gülen and said the Gülenists aim to take control not only of Turkey, but also the whole world.

Since July 15, the government has arrested nearly 22,000 people and detained 42,000 others including army members, governors, judges, prosecutors, lawyers, bureaucrats, businessmen and journalists over alleged links to the Gülen movement.