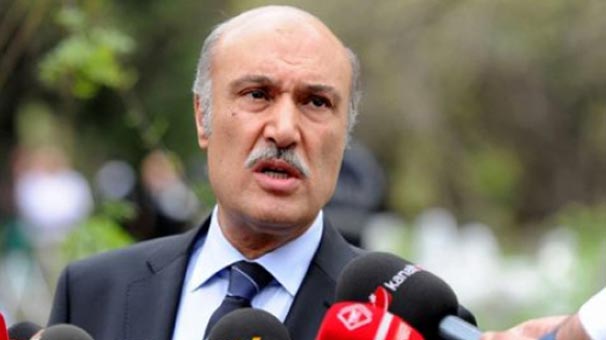 Former İstanbul police chief Hüseyin Çapkın has been detained for alleged involvement in a failed military coup attempt on July 15.

Detention warrants have been issued for four administrative officials including Çapkın, who served as İstanbul chief of police between 2009 and 2013, as part of an investigation launched by the İstanbul Chief Public Prosecutor’s Office into the attempted coup.

Çapkın was detained in the western province of İzmir on Tuesday morning. The other three people, one governor and two district governors, were also detained on Tuesday.

In May, Çapkın testified to prosecutors as a witness in an investigation into conspiracy allegations against an Iran-backed terrorist organization known as Tawhid-Salam.

The İstanbul Chief Public Prosecutor’s Office had decided in 2014 to drop a comprehensive, three-year-long investigation into Tawhid-Salam, in a move that was seen as a cover-up of a highly sensitive probe that allegedly implicated senior officials in the ruling Justice and Development Party (AKP) government.

The prosecutor’s office instead filed charges against 76 police investigators who conducted a probe into people suspected of involvement with the Salam terror network, also known as the Jerusalem Army. So far, dozens of police officers have been arrested.

“For about 30 years, I served as a provincial chief of police. This is the first time that I have witnessed the launch of an investigation and operation outside the knowledge of a police chief. When I see what has happened and what is being debated in the media and public today, I see myself as a deceived police chief,” Çapkın said at the time.

Çapkın also testified to prosecutors as part of an investigation into the Dec. 17-25 corruption investigations that erupted in late 2013, implicating senior members of the AKP government.

The AKP government branded the corruption investigations a “coup attempt” and arrested dozens of police officers who conducted the probes.

In his testimony Çapkın said he did not have prior information about the Dec. 17-25 corruption investigations, either.

He was removed from his post after the corruption investigations became public knowledge in late 2013.

Both for the corruption investigations that went public in 2013 and the failed coup attempt last month, the government and President Recep Tayyip Erdoğan put the blame on the faith-based Gülen movement, although the movement strongly denies any involvement.

A group of rebel soldiers, acting outside the chain of command, attempted a military coup on July 15 which left more than 240 people – including civilians – dead.

The Turkish government managed to suppress the coup attempt and launched a large-scale crackdown across the country on media, public servants, judges, prosecutors and teachers, along with rebels within the army. The detentions, arrests and massive purges that followed the crackdown widened and increased after a state of emergency was declared on July 20, officially concentrating power in the hands of Erdoğan by allowing him and his cabinet to make laws by fiat.