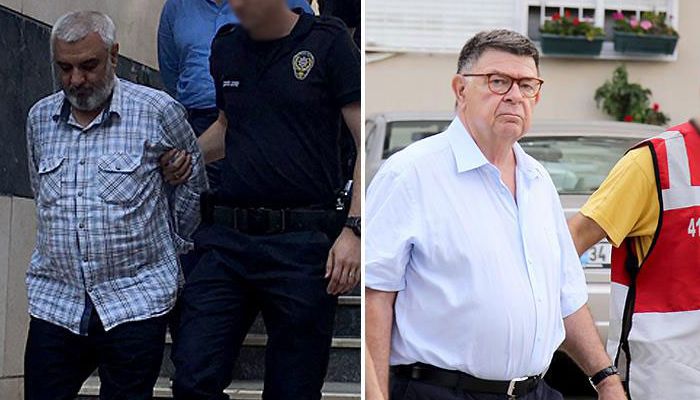 An İstanbul court has rejected an appeal submitted by columnists who wrote for the Zaman daily, which was shut down by the government in July, saying there is no new evidence that will prove their innocence and end their detention.

Lawyers for Ali Bulaç, Lalezer Sarıibrahimoğlu, Nuriye Ural (Akman) and Şahin Alpay announced on Tuesday that the İstanbul 4th Penal Court of Peace had rejected their appeal for the release of the former Zaman columnists, who were detained following a failed coup attempt in Turkey on July 15. The attorneys shared the court ruling, which states that there is no new evidence which will end the detention of the aforementioned journalists. However, according to the lawyers, the court has not yet produced any evidence of a crime committed by the journalists that would justify their detention.

Bulaç, Sarıibrahimoğlu, Akman and Alpay were among 47 journalists – including mostly former executives and columnists from the Zaman and Today’s Zaman dailies – to be detained for allegedly having links to the July 15 failed military coup attempt in what is seen as the latest step in a widening crackdown on the free media.

The journalists were detained on charges that include “membership in a terrorist organization” and “attempting to dissolve the government of the Turkish Republic, or partially or entirely preventing its performance by the use of force or threat.”

A group of soldiers, acting outside the chain of command, attempted a military coup at around 10 p.m. on July 15, which left more than 200 people – including civilians – dead. President Recep Tayyip Erdoğan has accused the Gülen movement, inspired by the views of US-based Turkish Islamic scholar Fethullah Gülen, of being behind the coup attempt, an accusation the movement strongly denies. Tens of thousands of public servants, judges, prosecutors, journalists and civilians have been detained by Turkish police on suspicion of links to the Gülen movement.