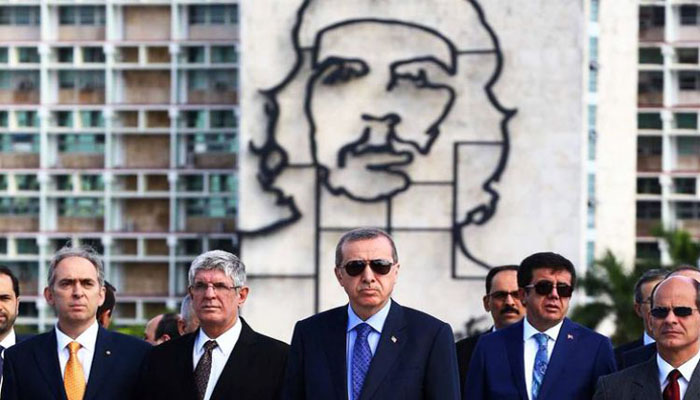 İsmail Kahraman, speaker of the Turkish Parliament, said during a speech in Rize on Sunday that he doesn’t want to see teenagers in Turkey displaying sympathy for Che Guevara, Cuba’s revolutionary Marxist leader, calling him “a murderer named Che.”

Speaking during in a reception in Rize for the anniversary of the city’s independence, Kahraman said the new generation must think about their own history to learn how the country has become theirs. “However, I see high school students who wear T-shirts bearing the image of Che Guevara, who was killed at the age of 39 and was a killer himself. A guerilla, a bandit, who was active in Cuba, Bolivia and other parts of South America, cannot be on the chests of our young people. He should not be. I don’t have any ties to him. He is not part of my roots, nor my history, either.”

The photo of President Recep Tayyip Erdoğan and Turkish ministers posing in front of a Che drawing during a visit to Cuba in February 2015 went viral in the Turkish media. Erdoğan said during a meeting there that he also wants Turks to want to have more children, just as Che wanted Cubans to have more kids.