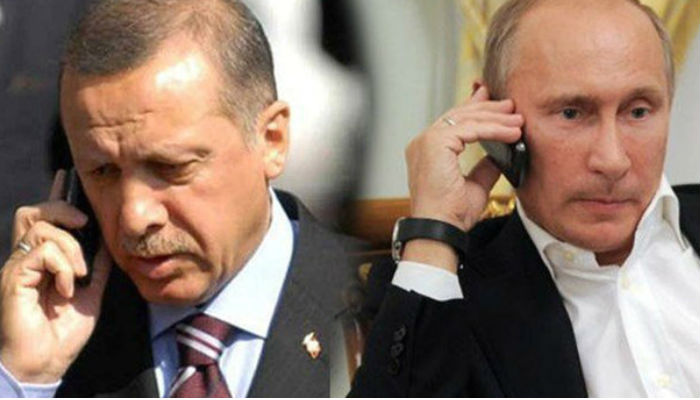 Russian President Vladimir Putin will not travel to Antalya to watch a friendly match between Turkish and Russian teams on Aug. 31, reported the Sputnik news agency.
According to Sputnik, Kremlin spokesman Dmitry Peskov said on Monday that Putin has no plans to go to Antalya. “We will support our team from a distance,” he added.
It was previously reported that Putin had accepted President Recep Tayyip Erdoğan’s invitation to watch the friendly match together in Antalya.
Putin and Erdoğan discussed bilateral relations, Turkey’s ground incursion into Syria and the possibility of opening a humanitarian corridor to Aleppo in a phone conversation on Friday.
During the conversation Putin and Erdoğan also agreed to have a bilateral meeting during the G-20 Summit in China in September, reported the Anadolu news agency.
Putin and Erdoğan met in St. Petersburg on Aug. 16, the first time the two have met since a falling out over the downing of a Russian fighter jet by the Turkish air forces on Nov. 24, 2015.
The Erdoğan-Putin phone call came after news that a meeting scheduled to take place between Turkish Chief of General Staff Gen. Hulusi Akar and his Russian counterpart, Gen. Valery Gerasimov, in Ankara on Friday was postponed to a later date.