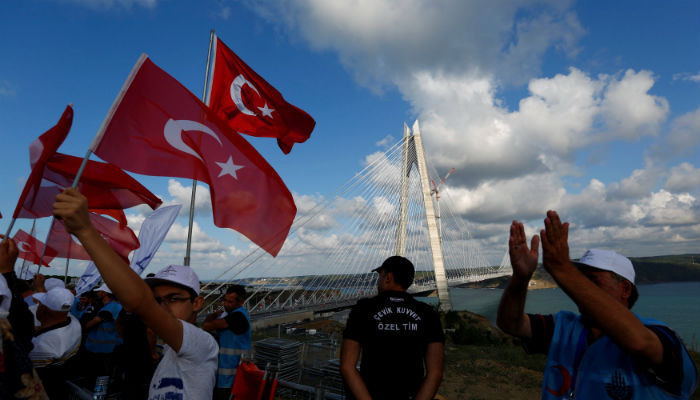 The Yavuz Sultan Selim Bridge, a third span over the Bosporus that will connect the Asian and European sides of Istanbul, was opened on Friday.

President Recep Tayyip Erdoğan, Prime Minister Binali Yıldırım, Speaker of the Turkish Parliament İsmail Kahraman, Chief of General Staff Gen. Hulusi Akar and a large group of foreign dignitaries attended the opening ceremony of the bridge. Erdoğan said during his speech at the ceremony on Friday that preparations for Kanal İstanbul – a canal project similar to the Bosporus that will be dug on the western side of İstanbul and will connect the Marmara and Black seas – were almost complete.

The $3 billion Yavuz Sultan Selim Bridge was built over the Bosporus Strait as part of the North Marmara Highway project. The bridge has 10 lanes, two of them for train lines. The 59-meter- wide span measures 164 meters from end to end and has 322-meter- high towers.