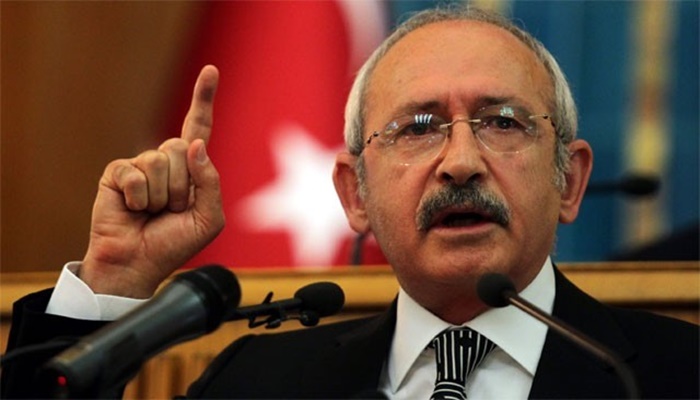 Main opposition Republican People’s Party (CHP) Chairman Kemal Kiliçdaroglu gave his blessing to the ongoing Turkish intervention in Syria to clear Jarabulus and the border of radical elements, saying his party would support the military until the end.

“Our army has now entered Jarabulus. We will support it to the end,” Kiliçdaroglu was quoted as saying by the official Anadolu news agency. “I hope our soldiers will return home unharmed.”

The CHP has expressed support for the military intervention against the terrorist Islamic State in Iraq and the Levant (ISIL) in northern Syria across the Turkish border.

Party spokesperson Selin Sayek Böke said on Wednesday after the operation was launched that Turkey has paid a huge price, losing the lives of innocent civilians at home for inaction against the radical extremism that threatens national security. She said Turkey must continue its fight against extremists both at home and abroad.

The CHP had long been critical of the Justice and Development Party (AK Party) government’s Syria policies and strongly opposed its open border policy. The opposition party believed that the policy facilitated the crossing of militants into Syria.

According to the party, a series of bomb attacks that targeted Turkey in 2015 and 2016 are the consequences of Ankara’s own crumbling Syria policy. But with the intervention in Jarabulus, the party has set aside its differing policy views over Syria and declared unwavering support for the military move against jihadist elements that threaten the country across the Turkish-Syrian border.