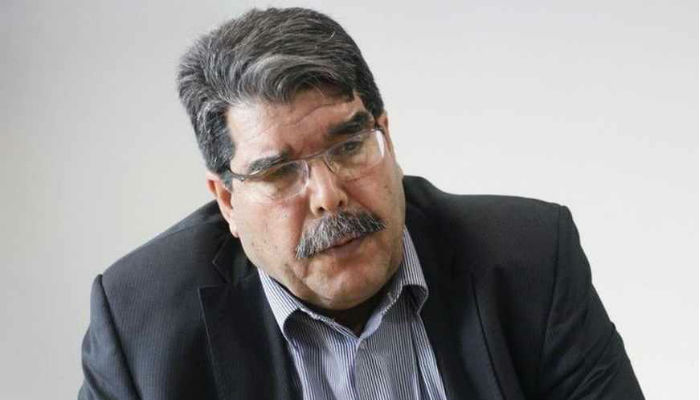 Syrian Kurdish officials have condemned a military operation Turkey launched in Syria on Wednesday against Islamic State in Iraq and the Levant (ISIL) and Kurdish fighters, saying that Turkey will be defeated in Syria, while Turkey’s President Recep Tayyip Erdoğan called on them to think of their own future.

Turkish military forces and Turkey-backed Syrian rebels crossed the border to take the town of Jarabulus from ISIL in an operation described by Ankara as aimed at securing its frontier against both the jihadist group and Kurdish fighters.

Saleh Muslim, head of the Syrian Kurdish Democratic Union Party (PYD), wrote in a tweet that “Turkey is in Syrian quagmire,” adding that it “will be defeated as Daesh,” using the Arabic acronym for ISIL.

Redur Xelil, spokesman for the Syrian Kurdish People’s Protection Units(YPG) militia, said the Turkish operation in Syria was a “blatant aggression in Syrian internal affairs” and accused Ankara of working in concert with the Syrian government and its backer, Iran.

Ankara sees the PYD and YPG as threats because of their links to the terrorist Kurdistan Workers’ Party (PKK), which has waged an insurgency on Turkish soil since 1984.

Aldar Xelil, another influential Kurdish politician, accused the rebel groups involved in the operation of facilitating what he called Turkey’s occupation of Syria and working for Turkish interests.

He called the Turkish operation “a declaration of war” on the autonomous administration set up by Kurdish groups in northern Syria in 2011.

Turkish President Erdoğan harshly criticized the Syrian Kurdish leaders’ comments about Turkey’s operation in Syria in a speech on Wednesday.

“We need to resolve this issue now. Some are challenging us; they say things like Syria will be like this and that for Turkey. I am appealing to them from here, you just think of what will happen to you,” Erdoğan said.