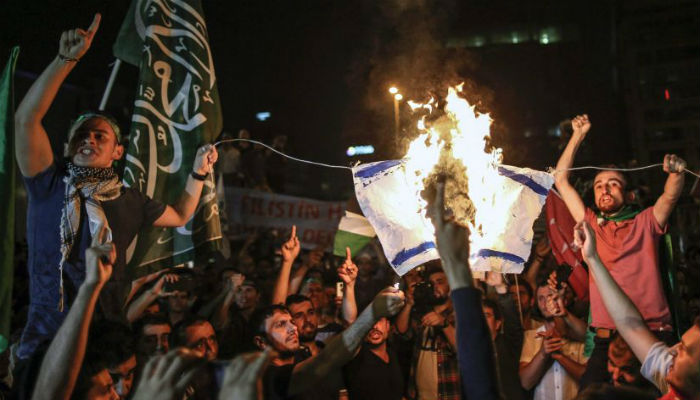 Turkish police detained five people who gathered in front of the Israeli Consulate in İstanbul in the early hours of  Monday to protest latest Israeli airstrikes in the Gaza Strip.

The Israeli army has fired missiles into the Gaza Strip, after a rocket was fired from the Palestinian territory into southern Israel causing no injuries or damage.

According to news reports, 12 people gathered in front of a business center housing the consulate building in İstanbul’s Levent district to protest the Israeli attacks on Gaza. Five of the protesters who tried to climb over the compound’s fence, were prevented by the police and were subsequently detained.

“People got organized on social media and came to Consulate building to show their reaction to Israeli attacks on Gaza.” said Ümit Kaya, a friend of detainees.

İstanbul police have increased security measures around the Israeli Consulate building after the protest.

The incident comes just days after Turkey’s parliament approved a reconciliation pact which was reached with Israel last month, ending a six-year rift and paving the way for the mutual re-appointment of ambassadors.