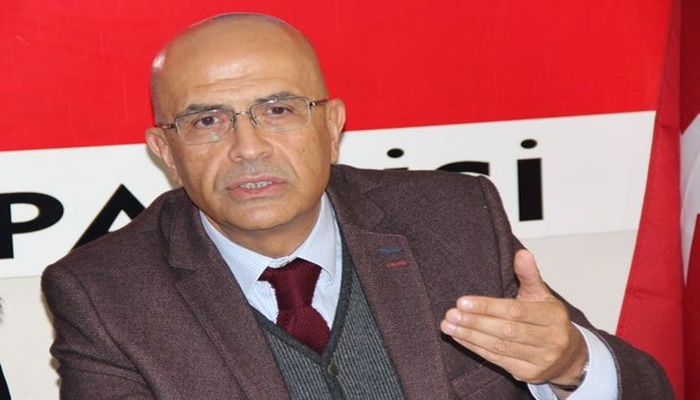 When the story first broke out last year, it produced a political storm in Turkey about the role of Turkish spy agency in arming of the rebel factions in Syria and prompted an investigation into Dundar and Cumhuriyet Ankara Bureau Chief Erdem Gul.

When Dundar later published a book “We are arrested,” he mapped out the details of the news story on May 27 of 2015, saying that a leftist lawmaker brought the information to him. Upon that new revelation, office of Istanbul Public Prosecutor launched a new investigation and examined phone calls of Dundar during those days leading up to the publication of the story.

Prosecutor’s office detected a phone conversation between CHP Deputy Berberoglu and Editor Dundar on May 27.

A new indictment was prepared for Berberoglu, and prosecutors seek 18 years in prison for the deputy over charges of revealing state secrets and abetting FETO, a term that the government uses in reference to Gulen Movement. His parliamentary immunity has been lifted, the diken.com.tr, a news web portal reported on Sunday.

According to the indictment, Berberoglu handed video footage of MIT arms-loaded trucks to Dundar in a flash disk in Istanbul. Addressing the charges against him, Berberoglu said this April that he is ready to take responsibility for the Cumhuriyet story about arms shipment, and ready to stand a trial.

He defended the people’s right to information in a speech to party fellows in Istanbul in early April, and then said he has no fear about a possible government move to lift his immunity. Berberoglu will stand trial in Istanbul 14th Heavy Penal Court.

The Cumhuriyet story has commanded international attention as dozens of journalists and reporters from world media closely followed hearing about Dundar in an Istanbul courthouse in May. When the story was published last year, it generated controversy and fierce debates in Turkey. President Recep Tayyip Erdogan then vowed criminal investigation into Dundar.