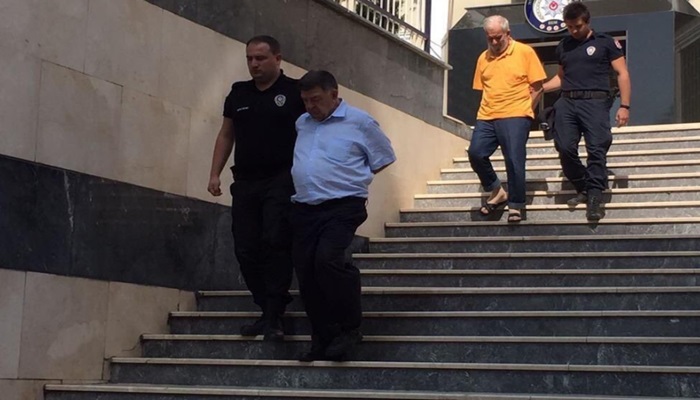 The United Nations has warned Turkey that wide-ranging purges and arrests following a failed coup “go beyond what can be justified” and may violate international law.

Recep Tayyip Erdogan’s government has launched a wide-ranging crackdown since a military faction attempted to oust the president last month, arresting tens of thousands of people and removing many more from their posts.

More than 130 media outlets have been shut down, with dozens of journalists detained, while prisoners have reported torture and abuse.

A group of experts from the Office of the UN High Commissioner for Human Rights (OHCHR) criticised purges in the military, media, education and justice sectors.

A group of experts from the Office of the UN High Commissioner for Human Rights (OHCHR) criticised purges in the military, media, education and justice sectors.

Authorities have arrested or suspended tens of thousands of police, troops, officials, judges and bureaucrats alleged to have linked to his “Hizmet” movement, which has denied involvement.

A total of 40,029 people have been detained in investigations following the coup, and 20,355 of them formally arrested, Prime Minister Binali Yildirim said on Wednesday. Several thousand companies and institutions suspected of having financed Mr Gulen have also been shut. But the UN raised concern that the measures were being used to target dissent and criticism.

Turkish authorities gained increased powers with the declaration of a national state of emergency on 20 July, and the country is now invoking Article 4 of the International Covenant on Civil and Political Rights (ICCPR), which allows it to temporarily relax laws on public freedoms.

“The invocation of Article 4 is lawful only if there is a threat to the life of the nation, a condition that arguably is not met in this case,” they noted.

“One cannot avoid, even in times of emergency, obligations to protect the right to life, prohibit torture, adhere to fundamental elements of due process and non-discrimination, and protect everyone’s right to belief and opinion.”

Turkey has also invoked a similar clause enabling it to violate obligations under the European Convention on Human Rights.

As well as cracking down on alleged coup supporters, authorities are fighting Kurdish militants in the south east and responding to a series of Isis terror attacks.

Mr Erdogan sought to link the Kurdistan Workers Party (PKK) and Hizmet on Thursday, in the wake of a series of bombings that killed at least 10 people and injured 300 more.

“You don’t have to be fortune teller to see that the Hizmet movement is behind the latest PKK attacks in terms of sharing information and intelligence,” he said.

At the scene of a car bombing that killed three police officers in the city of Elazig, Mr Yildirim, vowed to “raise the state of alert to a higher level”.

The White House condemned the attacks but has repeatedly refused calls from Ankara to extradite Mr Gulen.

This article originally appeared in Independent on August 19.