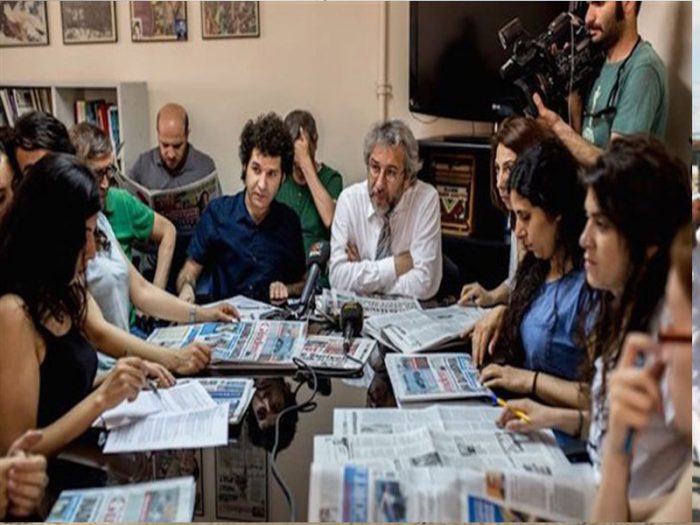 A Turkish court has ordered the temporary closure of a newspaper accusing it of links with PKK and spreading terrorist propaganda. The court in Istanbul accused the pro-Kurdish Ozgur Gundem of “acting as the de facto news outlet” for the Kurdistan Workers’ Party (PKK). The PKK — considered a terrorist group by Turkey, the European Union and the United States — has waged a separatist insurgency in the southeast since 1984. More than 40,000 people have been killed since it first took up arms.

Launched in 1992, leftist daily Ozgur Gundem has been the subject of court closures and raids in the past and its journalists have been arrested. It was closed from 1994 until April 2011 when it started publishing again.

The paper has featured the writings of PKK leader Abdullah Ocalan, imprisoned since 1999.

The Turkish-Kurdish language newspaper has a print circulation of less than 7,000, according to the latest figures from earlier this month.

Since the July 15 attempted coup, more than 130 media outlets have been shut down after a state of emergency was declared.

On July 27, 45 newspapers and 16 television stations were ordered to close, the official gazette said, prompting concern among Western leaders and press freedom organisations.

Before the court order, HRF also said that Turkish journalists faced “constant threats and retribution for their work, and are often harassed and prosecuted under criminal laws designed to stifle government criticism”.