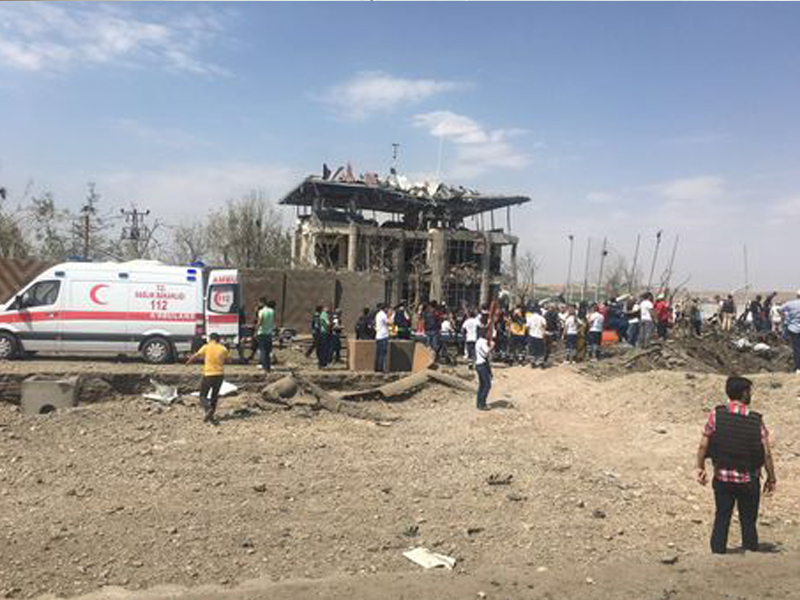 A child and two police officers were killed by a car bomb outside a police station in southeastern Turkey on Monday, the provincial governor said, blaming the attack on Kurdish militants.

Twenty-five people, eight of them police, were wounded in the attack, on a busy road between the city of Diyarbakir and the district of Bismil, a statement from Diyarbakir governor’s office said.

The blast blew out the police station’s windows and left the building’s twisted metal frame exposed through the concrete and its roof partially collapsed. It left a crater in the ground outside.

Monday marks the anniversary of the PKK taking up arms against the state in 1984. The group, which wants autonomy for Turkey’s Kurds, is designated a terrorist organization by Turkey, the European Union and the United States.

A broadcast ban was imposed on media coverage of the bombing to try to stop information important to the investigation from being spread, an official at the governor’s office said.