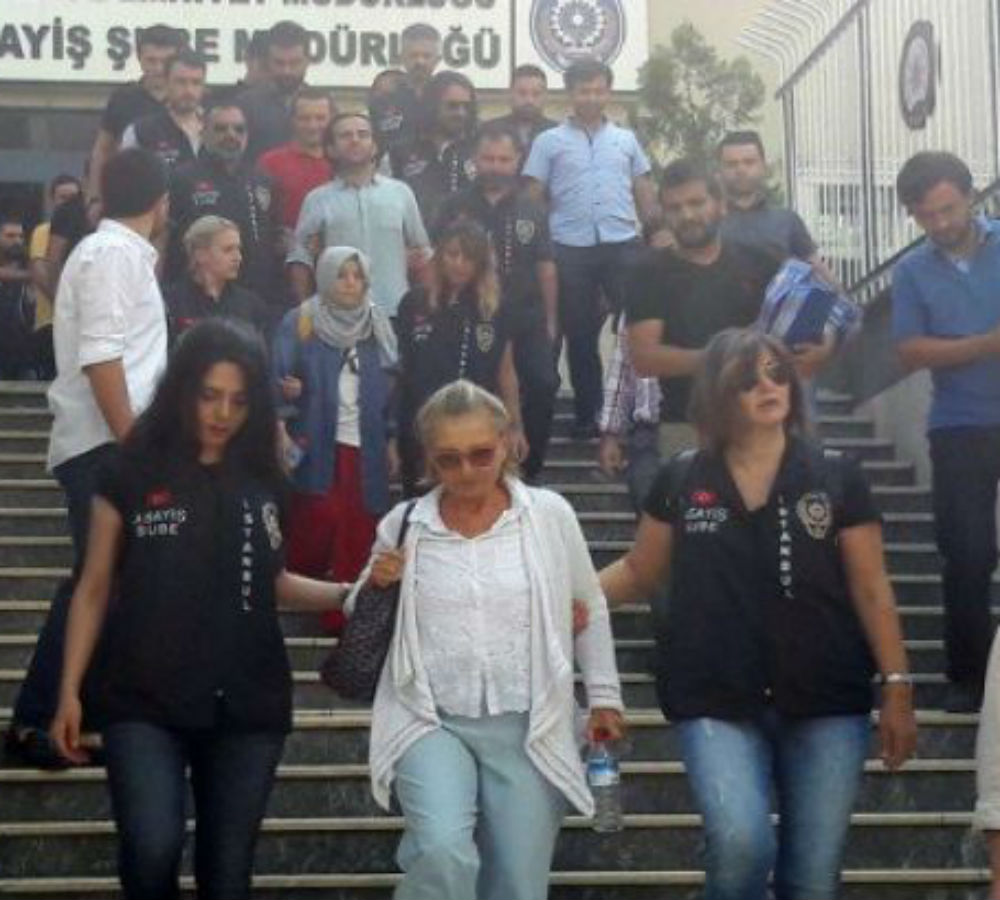 Veteran journalist Nazlı Ilıcak and 16 other journalists, who were detained due to allegedly being involved in the recent failed military coup attempt, were arrested as part of a government crackdown on media that has gained momentum after a state of emergency was declared in Turkey.

Twenty out of 21 journalists were referred to court for arrest on Friday. Journalist Bülent Mumay, however, was sent to court to be released and placed under judicial supervision. 80-year-old writer, poet and academic Hilmi Yavuz was also among the journalist who were released late on Friday.

The court arrested 17 journalist, including Ilıcak, while four journalist – among them Mumay – were released pending trial.

Fox TV News Director Ercan Gün, who was among the journalist for whom detention warrants had been issued, turned himself to the police on Friday.

The 17 journalists were arrested on charges of membership in the so-called Fetullahist Terrorist Organization [FETÖ], which is used by the government-backed judiciary to frame sympathizers of the Gülen movement that is accused by the Turkish government of being behind the failed coup attempt.