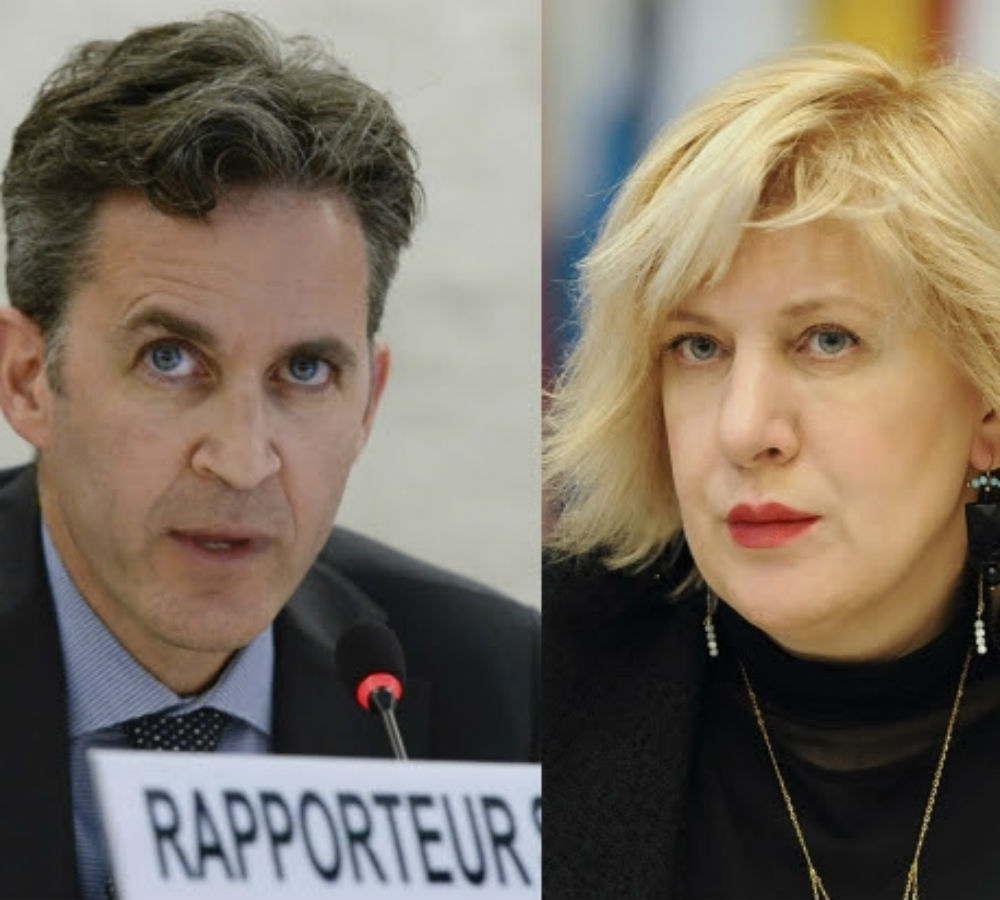 The two top holders of media freedom; the United Nations (UN) Special Rapporteur David Kaye and the OSCE Representative on Freedom of the Media Dunja Mijatović condemned the ongoing crackdown on journalists and the media launched by the Turkish government in the wake of the attempted coup in a statement on Thursday.

Reminding that dozens of journalists were recently arrested and a large number of media outlets were closed, “The simultaneous arrests of independent journalists and shutdowns of print and broadcast media strike a major blow against public debate and government accountability,” the experts warned. “We strongly urge the Turkish authorities to reconsider these decisions and confirm their obligations to media freedom.”

The ruling Justice and Development Party (AK Party) government ordered the closure of three news agencies, 16 TV channels, 23 radio channels, 45 papers and 15 magazines. Since the attempted coup on July 15, authorities have issued arrest warrants against 89 journalists and have already arrested several of them, blocked access to more than 20 news websites, revoked the licenses of 29 publishing houses, and cancelled a number of press accreditations.

“It is quite clear that this wave of restrictions against media groups does not meet the basic international standards concerning restrictive measures even in times of emergency,” Mijatović said.

“The disregard for any assurance of due process is flagrant and only contributes to the extreme levels of insecurity affecting all those working to inform people of the ongoing crisis in the country.”

“The attempted coup cannot justify such a broad attack against almost all voices, not just critical ones but analytic and journalistic,” Kaye said.

“The widespread and abrupt nature of the measures, lacking even the basic elements of due process, is shocking and unprecedented in recent times in Turkey,” he added.

Kaye also pointed out that Turkish government’s purging of personnel and institutions of what it perceives as being dissenting and critical voices, solely on the basis of allegations of membership in the Gülen movement, clearly violates standards of international human rights law.

Both experts reportedly expressed their continued willingness to discuss their concerns with Turkish authorities. UN Special Rapporteur Kaye will be visiting Turkey on an official visit in November, at the invitation of the Government. OSCE Representative Mijatović reiterated her Office’s assistance in improving media freedom, including a visit to the country.