Human right advocacy group Amnesty International (AI) said Sunday that it has credible evidence of torture in official and unofficial detention centers in Turkey — which have been holding at least 10,000 more people since the failed coup attempt on July 15 –, urging government to take action in order to stop these grave human rights violations.

AI said in a statement that Turkish government must allow independent monitors to access the detainees amid allegations of beatings and physical torture, including rape.

“Reports of abuse including beatings and rape in detention are extremely alarming, especially given the scale of detentions that we have seen in the past week. The grim details that we have documented are just a snapshot of the abuses that might be happening in places of detention,” said Amnesty International’s Europe director John Dalhuisen.

“It is absolutely imperative that the Turkish authorities halt these abhorrent practices and allow international monitors to visit all these detainees in the places they are being held,” Dalhuisen added.

The organization said that the detainees held in a number of official and unofficial detention centers, including police headquarters, sports centers, courthouses and a stable in İstanbul and Ankara, were held in stress positions for up to 48 hours, denied food, water and medical treatment, and were verbally abused and threatened. AI emphasized that in the worst cases some of the detainees were subjected to severe beatings and torture, including rape.

Amnesty also said that the detainees had been denied access to lawyers and family members and had not been properly informed of the charges against them, undermining their right to a fair trial.

It is also underlined in the organization’s statement that the first emergency decree issued by Turkish government on Saturday dramatically increased the amount of time detainees can be held without being charged, from four to 30 days. Amnesty pointed out that the change risks exposing detainees to further torture and other ill-treatment.

The organization reportedly heard from some lawyers – who refused to give their names — about the extremely alarming accounts of torture and other ill-treatment of detainees, particularly at the Ankara Police Headquarters sports hall, Ankara Başkent sports hall and the riding club stables there.

Two lawyers in Ankara working on behalf of detainees reportedly told Amnesty International that detainees said they witnessed senior military officers in detention being raped with a truncheon or finger by police officers.

An interviewee also reportedly heard police officers make statements indicating that they were responsible for the beatings, and that detainees were being beaten so that “they would talk”.

Some other interviewees also reportedly told AI that based on what detainees told them police deprived them of food for up to three days and water for up to two days. Moreover, a lawyer working at the Çağlayan Courthouse in Istanbul reportedly said that some of the detainees she saw there were in extreme emotional distress, with one detainee attempting to throw himself out of a sixth story window and another repeatedly slamming his head against the wall.

“Despite chilling images and videos of torture that have been widely broadcast across the country, the government has remained conspicuously silent on the abuse. Failing to condemn ill-treatment or torture in these circumstances is tantamount to condoning it. … These are grave violations of the right to a fair trial which is enshrined in both Turkey’s national law and international law,” said John Dalhuisen.

“Information provided to Amnesty International by lawyers reflected that many detainees were being held arbitrarily. In the vast majority of cases, they said that no evidence establishing reasonable suspicion of criminal behavior was presented against their clients during the charge hearings; and the hearing did not establish that there were permissible reasons for detention pending trial. … Some of the questioning by judges was entirely irrelevant to the events of the coup attempt, and appeared intended to establish any link to [Turkish Islamic scholar] Fethullah Gülen or institutions sympathetic to him,” Amnesty said in the statement released on Sunday.

“Detaining people in connection with a criminal charge without demonstrating that you have evidence of criminal wrongdoing is by definition arbitrary and unlawful. These highly irregular, and seemingly systematic practices, must be investigated,” Dalhuisen also said.

After pointing out a detailed account of the situation of detainees, the organization urged the European Committee for the Prevention of Torture (CPT) to conduct an emergency visit to Turkey to monitor conditions of detention.

“As a member of the Council of Europe, the Turkish government has an obligation to cooperate with the CPT. The CPT is the only independent body authorized to conduct ad hoc visits to all places of detention in Turkey at the time of their choosing,” AI said.

Dalhuisen urged the Turkish authorities to adhere to their obligations under international human rights law and not to abuse the state of emergency by trampling on the rights of detainees. “The prohibition of torture is absolute and can never be compromised or suspended,” he said. 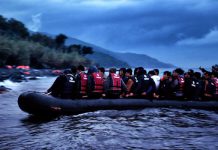