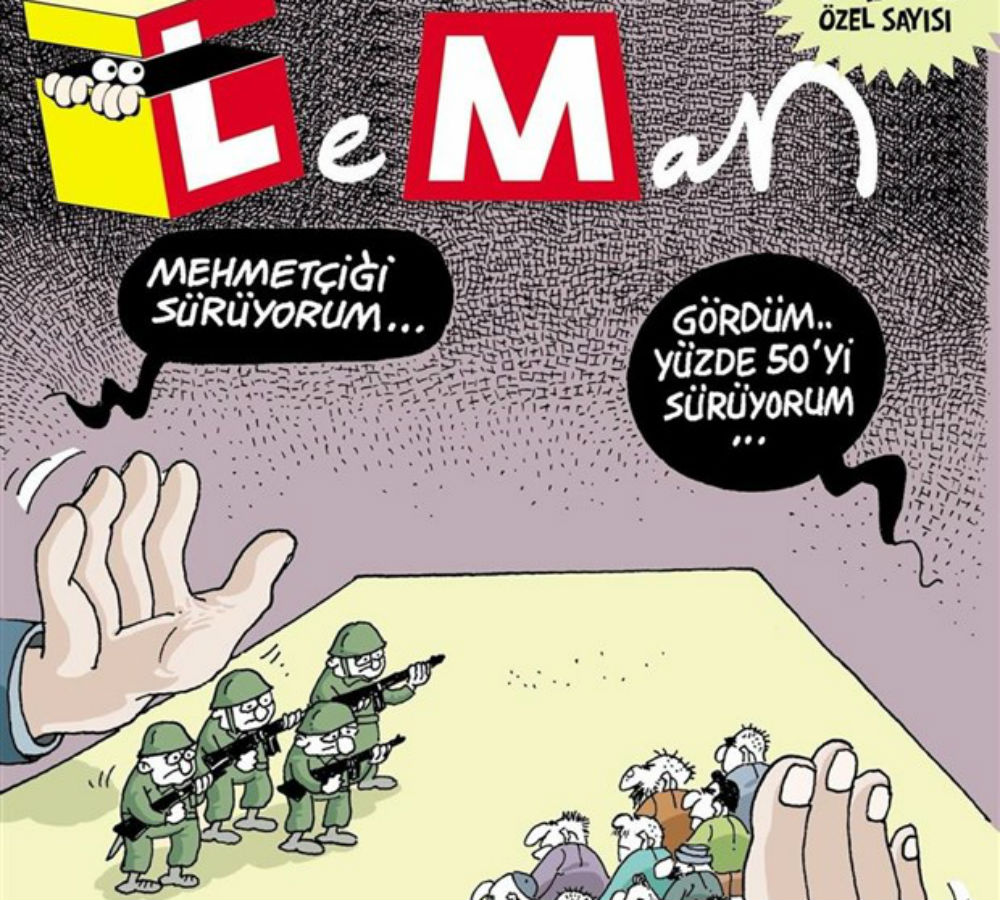 An İstanbul court ordered on Wednesday to halt the publishing of Turkey’s highly popular satirical weekly Leman due to the cover of the magazine’s latest issue, which depicts last week’s failed coup attempt, accusing the staff of “defending the coup.”

The distributed copies were collected by police, while a group of pro-government demonstrators gathered outside the Leman’s office at dawn on Thursday in an attempt of assault. Police dispersed the demonstrators in front of the building preventing a possible attack.

Leman’s Editor-in-Chief Zafer Aknar said that the weekly’s latest cover was shared on the social media a day before, prompting pro-government Internet users to launch a smear campaign and circulate Leman’s location. Aknar added that the staff had already left the building by the time protesters gathered outside it. According to Aknar, police went to the press, where the weekly was published, and halted the publication based on an order by the İstanbul 4th Penal Court of Peace.

Aknar said “We are going through terrible times, we hope it does not spread. There is an aggressive discourse used by officials and those people [pro-government assailants] are encouraged by this. We had a terrible experience on July 15; I don’t think fueling the fire would do any good to anyone.”

The reports say that pro-government campaigners portrayed the weekly’s dissident stance against the ruling party and President Recep Tayyip Erdoğan as “support for the coup plotters within the army.”

Aknar made it clear that it is out of question that the magazine’s staff would defend coup plotters, adding however, that the government has been exploiting the coup attempt as a political tool to go after the dissident in a “witch hunt.” Aknar noted that the staff will not back down and publish the issue again.