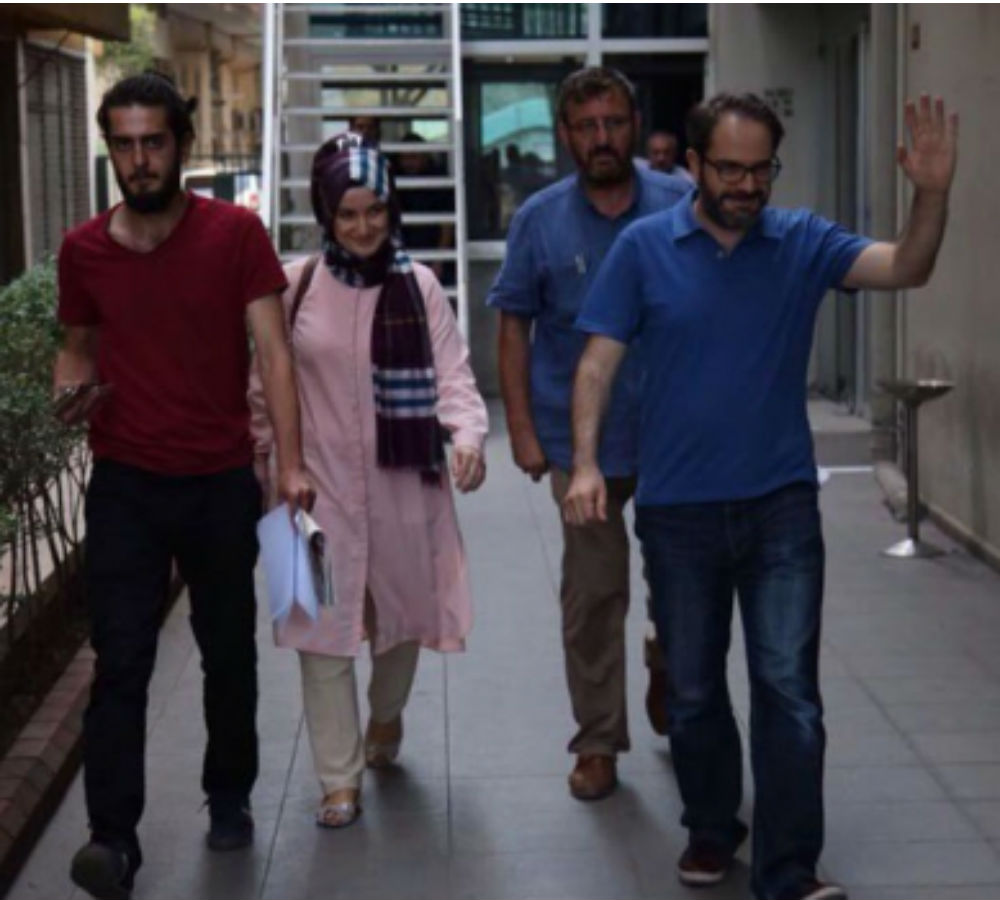 The office of the Meydan daily was raided by İstanbul Police on Wednesday evening, Editor-in-Chief Levent Kenez and Managing Editor Gülizar Baki were detained, while searches were conducted in the building, in what is considered to be part of the major government crackdown in the aftermath of last Friday’s coup attempt.

Upon an order by an İstanbul prosecutor, police have raided the daily’s building in İstanbul on charges of “spreading terrorism propaganda” and conducted a search after evacuating the office. Police reportedly broke down the door and pinned some of the staff to the ground, before detaining Kenez and Baki.

The prosecutor’s notice addressed to the daily said that the order was based on Tuesday’s lead story which claimed that the recent coup attempt could be plotted by the government. The notice also mentioned that the daily published a “large picture of terrorist organization leader Fethullah Gülen” and ordered to halt the publication of the daily.

Gülen is a Turkish Islamic scholar, who lives in Pennsylvania in self imposed exile. President Recep Tayyip Erdoğan has accussed the Gülen movement of being behind last Friday’s coup attempt that caused the death of around 200 people overnight before being suppressed. Erdoğan demanded extradition of Gülen from the US. Gülen recently issued a statement condemning the failed military coup attempt in Turkey, calling the allegations of his involvement “demeaning.”

The Meydan daily’s Publishing Coordinator Yusuf Acar told the media that his team was already working on their last print issue during the police raid as their publisher and distributor terminated their contract. Acar stated that the reason of the raid was the daily’s publication of an international media outlet’s interview with Gülen.