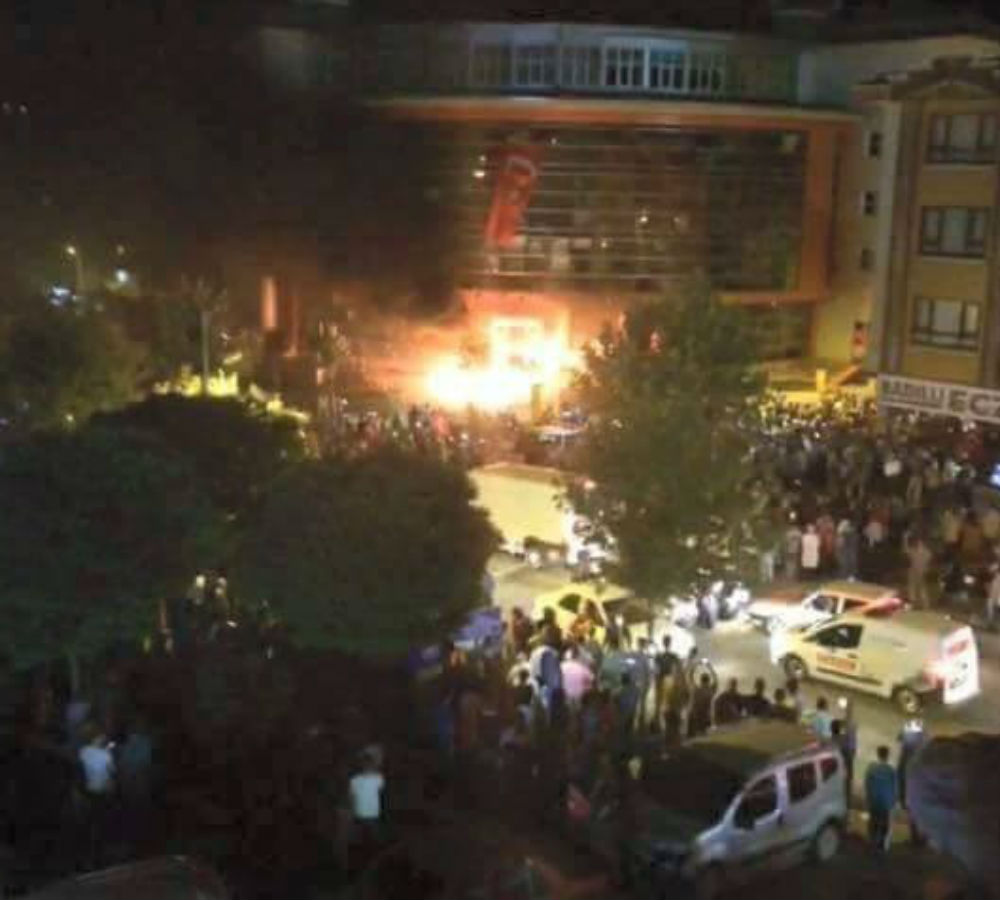 A number of anti-coup protesters, who took to the streets after President Recep Tayyip Erdoğan’s call, vandalized a school building established by the sympathizers of the Gülen movement, on Saturday night.

Protesters threw stones at the Mehmet Eroğlu Primary School within the Samanyolu College in the Pursaklar district of Ankara capital and set some parts of the school building on fire.

Police officers, who arrived at the school upon notice of the concerned citizens, fired their guns into the air to disperse the crowd but were unable to control the group of protesters.

Riot police, armored water cannons (TOMA) and fire department members were also dispatched to the area to support the police and extinguish multiple fires. Protesters left the school after putting a Turkish flag one the building.

Attack on the school established by the sympathizers of the Gülen movement came after Erdoğan and Prime Minister Binali Yıldırım have accused the movement of being behind the military coup, in which a group of army personnel conducted air strikes over the Parliament and the presidential palace early Saturday morning.

Meanwhile, reports say that the Gülen movement does not seem to have such a massive influence over the Turkish military, which is known for its Kemalist roots that is against the Gülen movement. The rebel soldiers who attempted to stage a coup named themselves as “Council of Peace At Home,” in a declaration they forcibly had delivered by the state-run broadcaster TRT on Friday night. “Peace at home, peace in the world” is a famous saying by Mustafa Kemal Atatürk, the founder of the Republic of Turkey.