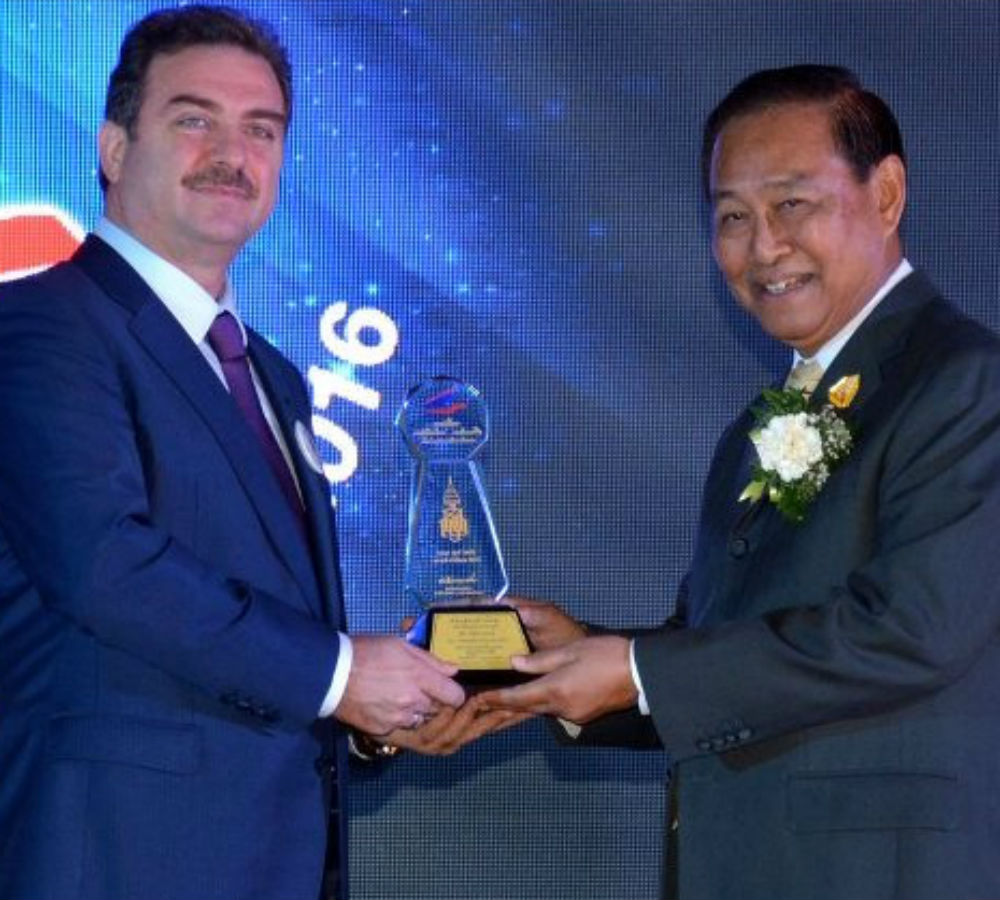 Ufuk Civelek, the general-manager of the umbrella organization Marmara Educational Institutions in Thailand, has received the prestigious “manager of the year” award for contributing to public peace through the Turkish schools in the country.

Operating in about 170 countries around the world, the Turkish schools are established by Turkish entrepreneurs inspired by the ideas of well-respected Turkish-Islamic scholar Fethullah Gülen.

Civelek received the award from Air Chief Marshal Chalit Pookpasuk — acting chairman of Council for National Security – during a ceremony held at the Royal Thai Air Force Base in the capital city of Bangkok.

A total of 150 investors, including only two foreigners, received the award among a number of institutions that serve as role models for contributing public and national welfare.

Pookpasuk took a photo together with Marmara Educational Institutions’ managers and was given further information about the Turkish schools in the country.