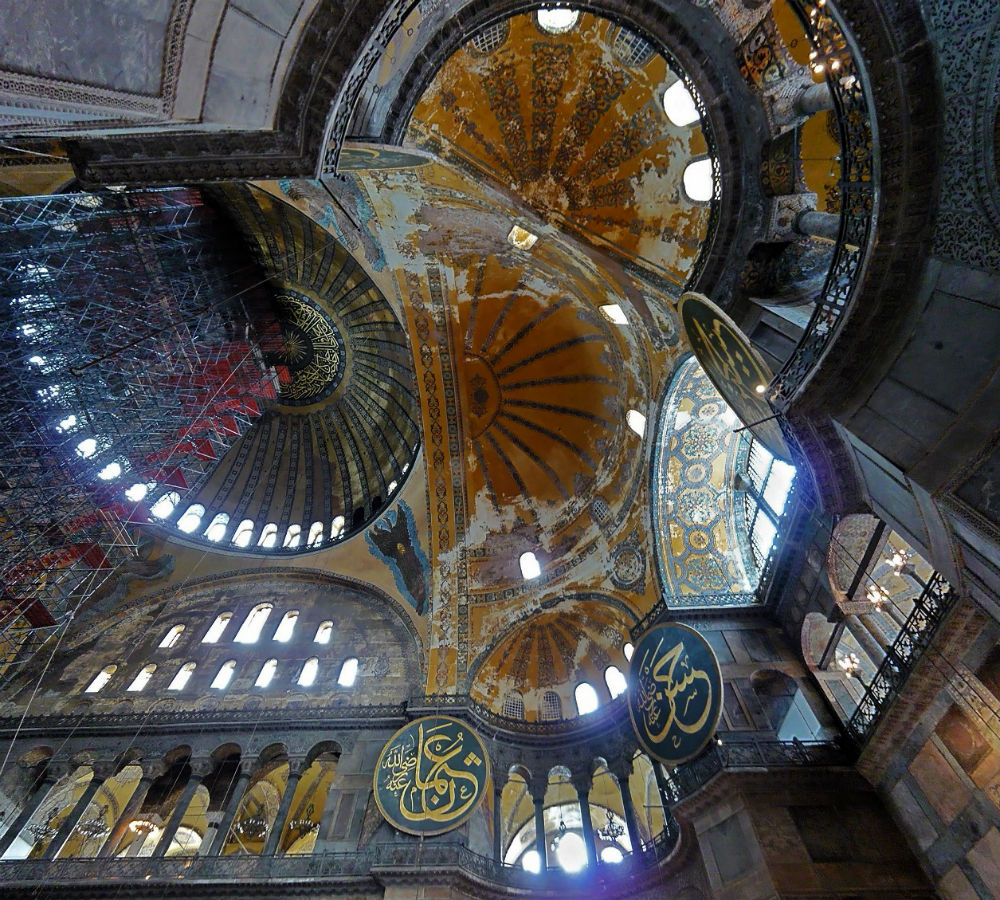 Adhan was recited at İstanbul’s Hagia Sophia, which has been serving as a museum since 1935, for the first time in decades early on Saturday morning, following Laylat Al Qadr, the holiest night of Ramadan for Muslims.

A religious service was held on the occasion of the holy night, also known as the “Night of Power,” at the Hagia Sophia with the attendance of Mehmet Görmez, the head of the Directorate of Religious Affairs.

Among other attendees were Muezzin Fatih Koca, an academic of theology at the Ankara University, as well as hafizes who were successful in an international Quran reciting contest.  A Quran recital took place before a public prayer presided by İstanbul Mufti Rahmi Yaran.

Delivering a speech after the prayer, Görmez condemned the recent suicide bomb attack that claimed 44 lives at the İstanbul Atatürk Airport. Görmez described the terrorist assault as a “war waged against Islam and the sacred values it has brought to humanity.”

At the end of the Laylat Al Qadr program, morning adhan was recited at the Hagia Sophia. The museum, which dates back to 537 AD, was a Greek Orthodox Christian patriarchal basilica until the 1453 conquest of İstanbul by the Ottoman Turks. Sultan Mehmed II ordered this main church of Orthodox Christianity to be converted into a mosque.  It remained a mosque until 1931, when it was closed to the public for four years. It was re-opened in 1935 as a museum by the Republic of Turkey.