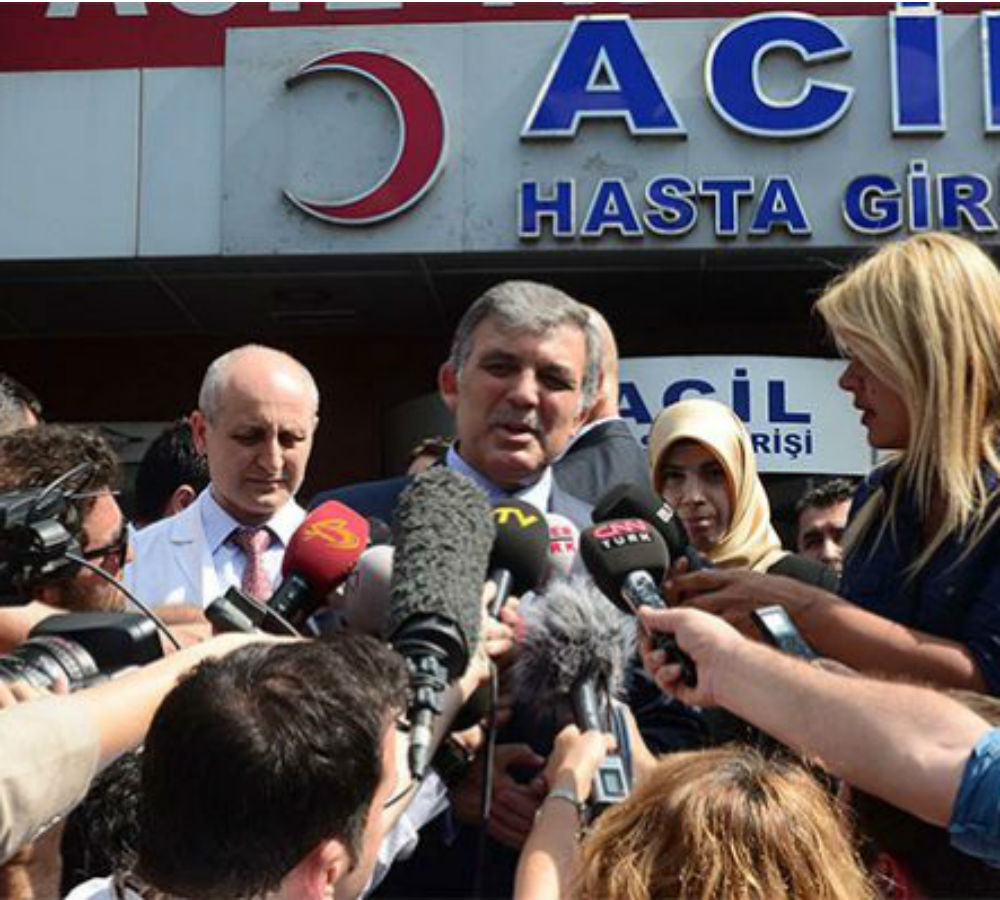 Former President Abdullah Gül, commenting on Tuesday’s bombing at İstanbul Atatürk airport, said he hopes that such terror attacks can be prevented in the future, and slammed terrorist organizations for exploiting the name of Islam.

On Wednesday, 11th President Gül paid a visit to a Bakırköy hospital, which has been treating those injured in the attack, was briefed by hospital employees.

After the visit, Gül spoke to the media outside the hospital, saying “The fact that this sort of terrorist organizations abuse religion and Islam tragically indicates what kind of a mindset they have. We need to stand in solidarity against them, wisely battle against them and keep our unity. God willing such incidents are prevented in the future.”

Gül stated that the injured people he had visited at hospital are in good condition.

Three suicide attacks took place at İstanbul Atatürk Airport at around 10 p.m on Tuesday leaving 41 people dead and injuring nearly 250 others. Of the 41 victims, 10 are reported to be foreigners and three are of dual nationality. A total of 128 people are still receiving treatment at hospitals for injuries from the attack.

Despite no terrorist organization has claimed responsibility yet for the suicide bombing, Prime Minister Binali Yıldırım stated earlier Wednesday that current evidence pointed to the terrorist Islamic State of Iraq and Syria (ISIS) .