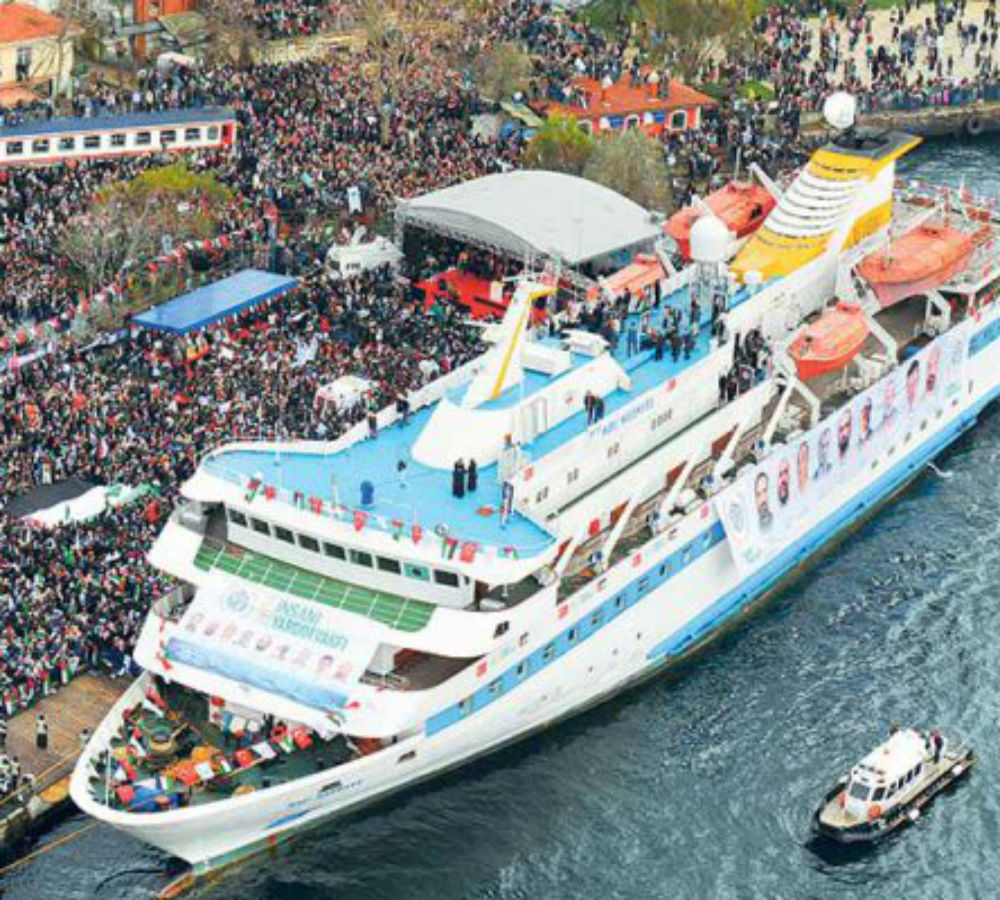 A senior Israeli official told to press that Turkey and Israel have reached an agreement to normalize ties to end bitter rift over the Israeli Navy’s killing of 10 Turkish citizens during a Gaza flotilla raid in 2010, Reuters reported on Sunday.

The agreement to end the six-year conflict between the countries is expected to be officially announced by Turkish Prime Minister Binali Yıldırım and Israel’s Prime Minister Benjamin Netanyahu around 1 p.m. on Monday.

PM Yıldırım will be speaking to the press in the capital city of Ankara around 1 p.m., while PM Netanyahu will make the announcement from Rome, simultaneously. The agreement is to be also confirmed by the negotiation commissions and then the governments. If the process works smoothly, ambassadors are expected to be appointed until the end of July.

The Israeli press claimed that President Recep Tayyip Erdoğan ordered Turkish organizations to do what is necessary in order to hand over two Israeli citizens as well as bodies of two Israeli soldiers from Gaza to Israel, although the written agreement does not include such a condition.

According to the agreement covered by Israeli press, only one of Turkey’s three conditions to normalize ties with Israel is to be fulfilled. Although Netanyahu apologized for the Gaza flotilla raid, fulfilling one of the conditions, the two remaining ones — lifting the Gaza blockade and paying compensation for the incident in 2010 — reportedly will not be fulfilled in the way that Turkey demands.

Israeli media report that the agreement is likely to involve compensation of around $21 million to a Turkish aid foundation, which is expected to divide the amount out for the families of the killed Turks. However, the amount paid will not be called “compensation” in the agreement text.

Although lifting the Gaza blockade is also not a part of the deal, it is reportedly agreed that humanitarian aid to Gaza will be sent if Israeli government approves it after inspecting it in the Ashdod Port.

According to the agreement, the two countries will appoint ambassadors, pay official visits and protect each others’ interests on issues related to platforms such as the United Nations (UN) and the North Atlantic Treaty Organization (NATO).

The Israeli navy killed nine Turkish and one Turkish-American pro-Palestinian activists in 2010, conducting an operation against six civilian ships that belonged to the Gaza Freedom Flotilla in international waters of the Mediterranean Sea. The ships fit by the Free Gaza Movement and the Turkish Foundation for Human Rights and Freedoms and Humanitarian Relief (IHH) were carrying humanitarian and construction supplies to the blockaded Gaza Strip.

The IHH reacted against the agreement in a series of tweets on Sunday, emphasizing that the blockade of Gaza is has to be lifted because it is unlawful and a crime against the humanity.