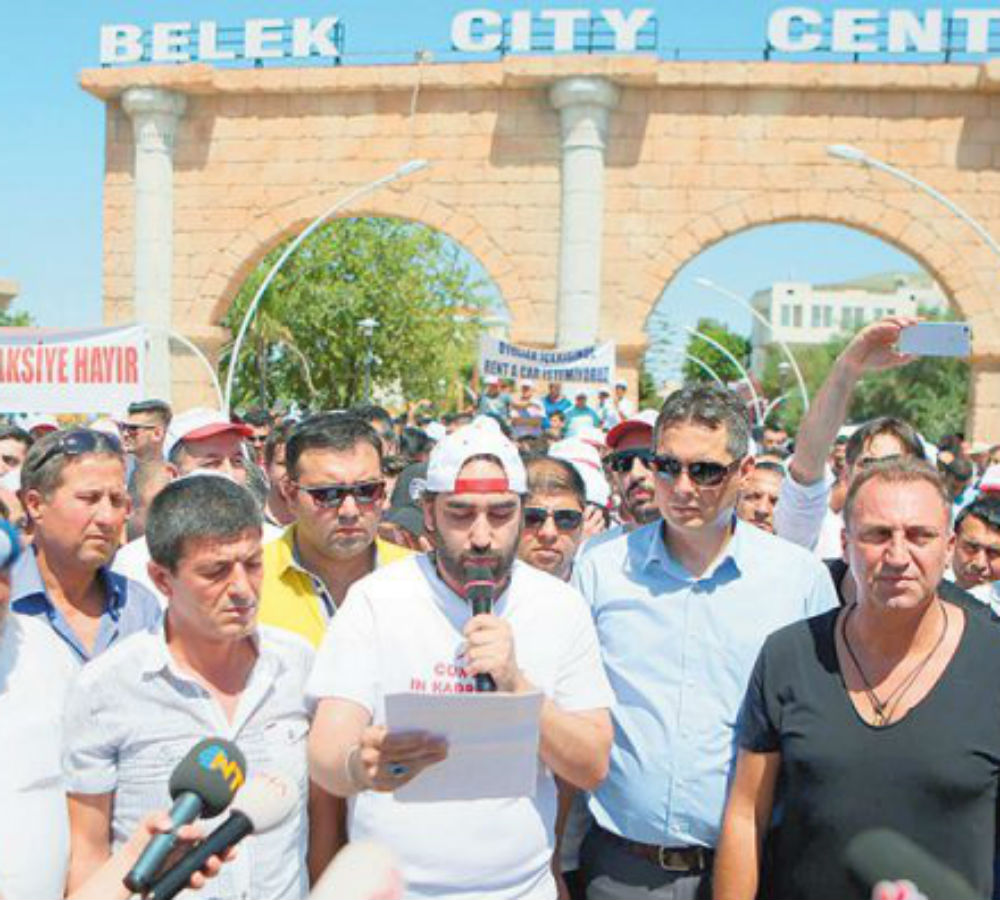 Tradesmen of southern Antalya province’s resort town of Belek have staged a demonstration against lack of tourists and business in the area, arguing that the government turns a blind eye to the recent crisis in Turkey’s tourism.

The tradesmen, including taxi drivers and shopkeepers, stopped working and gathered to protest sharp decline in the number of tourists visiting the area. Stating that they suffer the worst months for tourism in the last 20 years, the tradesmen argued that government would not help them in any way to solve the crisis, abandoning them to their faith.

“We can’t do our jobs, we can’t pay our rents, debts and loans. Tax offices block our bank accounts because we can’t pay our dues. Banks categorize us as risky tradesmen and would not give us loans,” spokesman of the protesters said, adding that no progress was made after they notified local authorities about the issue.

Tourism sector of Turkey suffers one of its worst ever years due to diplomatic problems with Russia and increasing security concerns, which leave all popular touristic resorts almost empty.

The crisis can be simply observed by looking at the almost empty streets, the lines of available taxis, and the empty local stores in many touristic resorts and towns in the Mediterranean that were once very popular among European and Russian tourists.

The number of Russian tourists visiting Antalya has dropped by 96 percent due to the ongoing diplomatic crisis between Turkey and Russia. Official data reveals that the number of German tourists also fell by 30 percent in the first five months of 2016, compared to the same period of last year.

After Turkey downed a Russian warplane over an airspace violation in late November of last year, Moscow launched several restrictions on Turkey, resulting in deepening revenue losses in Turkey’s tourism, agriculture and textile industries. The media has focused on the declining number of visitors to the country’s coastal resorts in reporting the effects on the tourism sector.