Erdoğan to EU: Al-Nusra also fighting ISIS, why are you calling it terrorist? 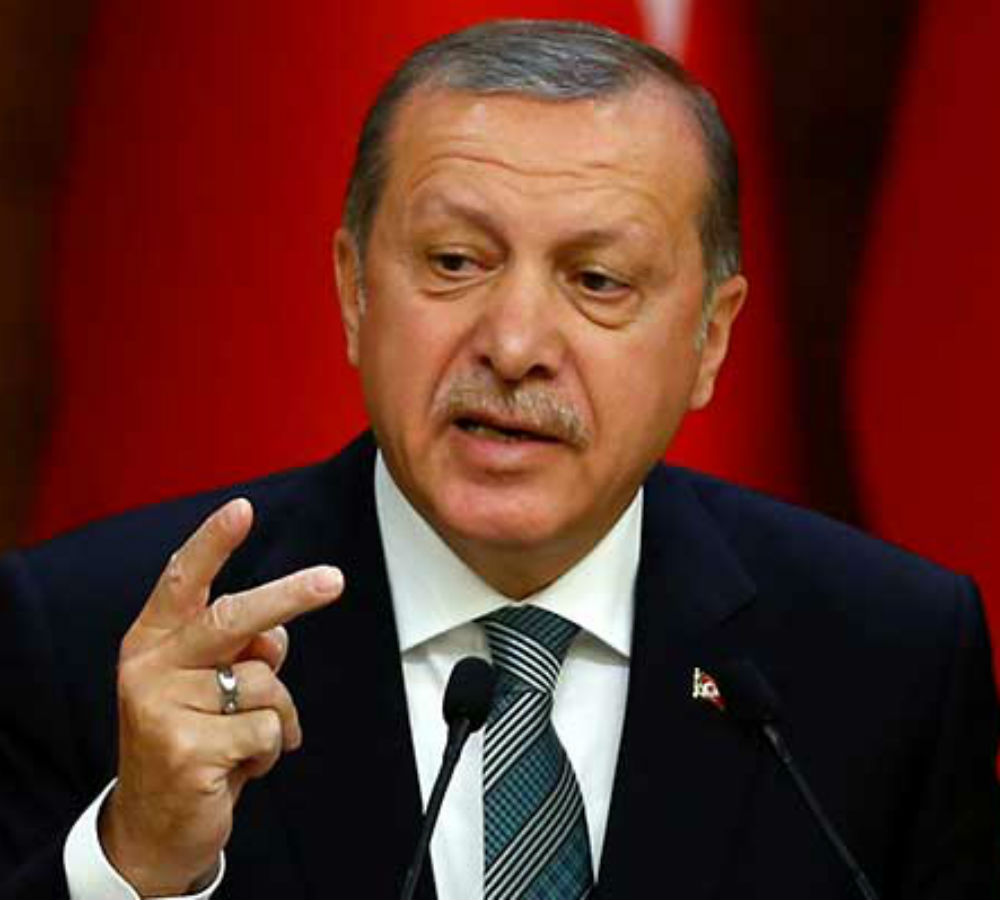 Turkish President Recep Tayyip Erdoğan criticized the European Union (EU) for not designating the Syrian Kurdish Democratic Union Party (PYD) as “terrorist,” and said “So al-Nusra [Front] is also fighting Daesh [Islamic State of Iraq and Syria (ISIS)], then why do you call it a terrorist organization?”

Erdoğan made the remarks during his speech following an iftar –dinner for breaking fast in the Muslim holy month of Ramadan- held for nongovernmental organizations on Tuesday night at the presidential palace. The president accused  the EU of hypocrisy in terms of terrorism.

Erdoğan had made a similar statement back in February 2016. “Al-Nusra is fighting against Daesh as well. Why are you calling it bad? Al-Nusra is bad but PYD and YPG [Kurdish Peoples’ Defense Units, the armed wing of PYD] are good. The issue is different. Because al-Nusra’s position is different, [they are being differed as] good terrorists and bad terrorists,” Erdoğan had said.

Syrian radical group Al-Nusra is designated as a “terrorist organization” by Turkey, as well as the United States (US), United Nations (UN) and many countries.

Turkey is demanding that the PYD and the YPG be recognized as “terrorist” by the EU and the US citing its links to the Kurdistan Workers’ Party (PKK), which is listed among terrorist organizations by Turkey, the US and the EU.

During his speech at the presidential palace on Tuesday, the president also touched on pro-Kurdish Peoples’ Democratic Party (HDP) Co-chair Selahattin Demirtaş, who is currently on a visit to Europe to discuss the recent government move of lifting HDP lawmakers’ parliamentary immunities. Erdoğan said “A party leader backed by terrorist organizations is visiting Europe.” Syrian radical group Al-Nusra is designated as a “terrorist organization” by Turkey, as well as the United States (US), United Nations (UN) and many countries.