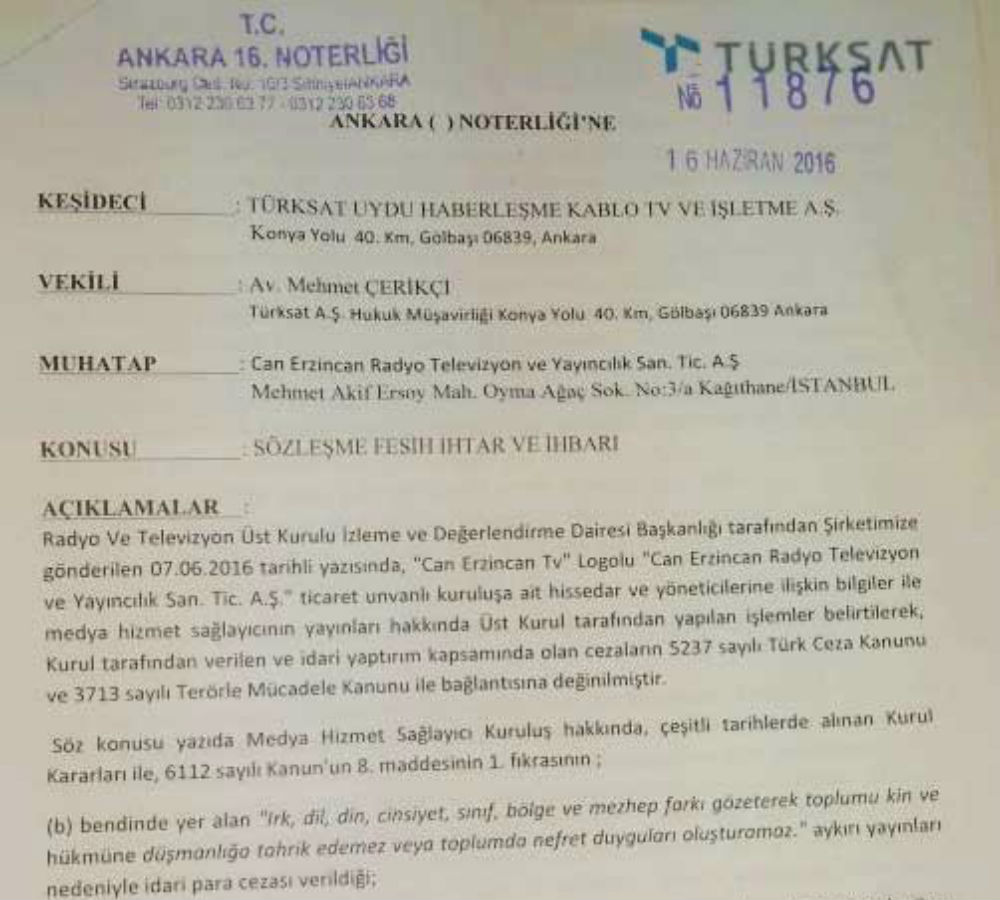 Can Erzincan TV — a station known for its critical stance against the government — will be removed from the Turkish Satellite Communications Company (Türksat) on suspicions that include “making propaganda of a terrorist organization” on July 16, a notice recently sent to the station has informed.

The notice sent by Türksat on June 16 claimed that the channel was to be dropped a month later on suspicions that include violation of the Anti-Terror Law and the Law on Establishment of Radio and Television Enterprises and their Media Services. “It is legally impossible not to annul the contract with the company mentioned above,” the notice stated.

The Can Erzincan TV station, which is critical of the Justice and Development Party (AK Party) and President Recep Tayyip Erdoğan, is expected to be dropped from Türksat and Cable TV on July 16.

A pro-government daily reported on June 12 that İstanbul Chief Public Prosecutor Hasan Yılmaz has sent a notice to Türksat recommending the suspension of Can Erzincan TV’s broadcasting on the grounds that its programs serve the purposes of Gülen movement.

The move came after 15 TV channels, 5 radio stations, 3 newspapers and a magazine critical of the Justice and Development Party (AK Party) government were shut down in the last nine months.

A number of journalists, academics and press members criticized the attempt, arguing it violates press freedom, which was secured by the Constitution. Social media users have posted tweets using the hashtag #Kapatma (Do not shut it down!) to raise their voices against the attempt.