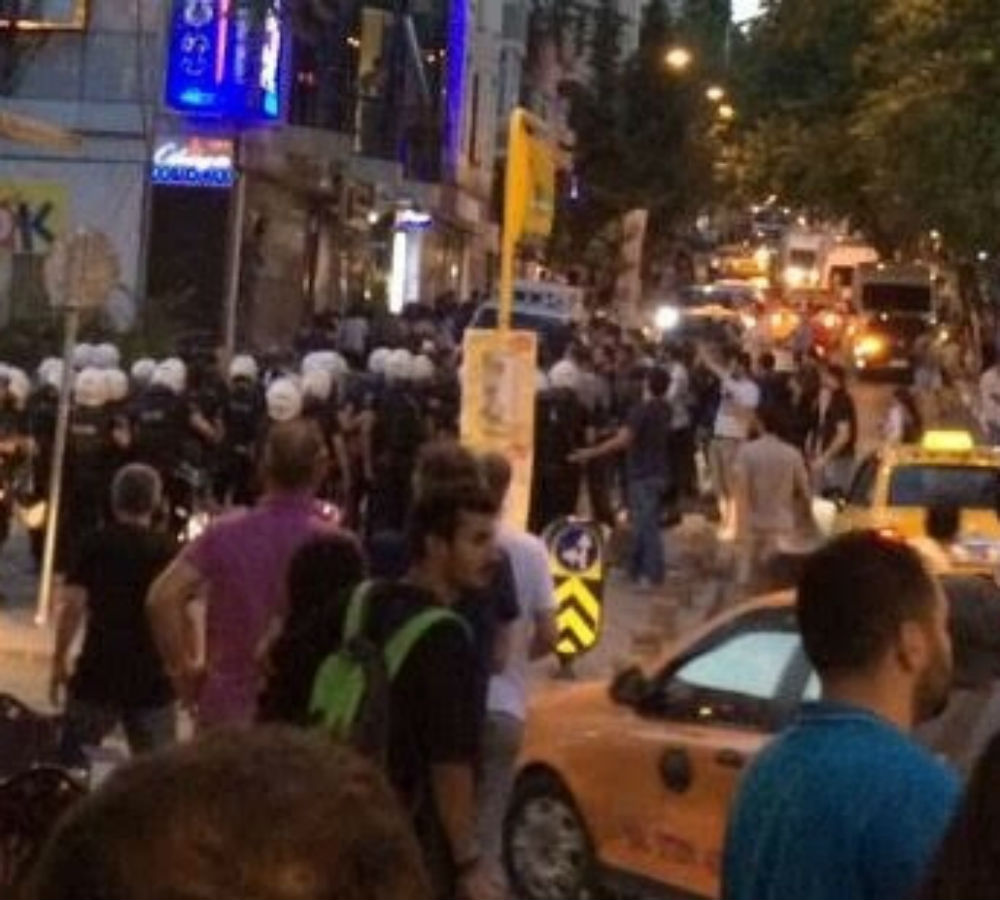 The police on Saturday intervened with a group protesting the mob attack on a Radiohead party in İstanbul a day before.

The group gathered in front of Firuzağa mosque in Fatih district of İstanbul. Some 300 people attended the demonstration, in protest of the people who stormed a record store, forced the attendees of out of the place and threatened them, because they were drinking alcohol during the holy month of Ramadan. The event was an album celebration held in İstanbul on Saturday night for the British rock band Radiohead.

After the group started shouting slogans, “shoulder to shoulder against Fascism,” “Murderer, thief AKP,” the police intervened with tear gasses and water cannons.