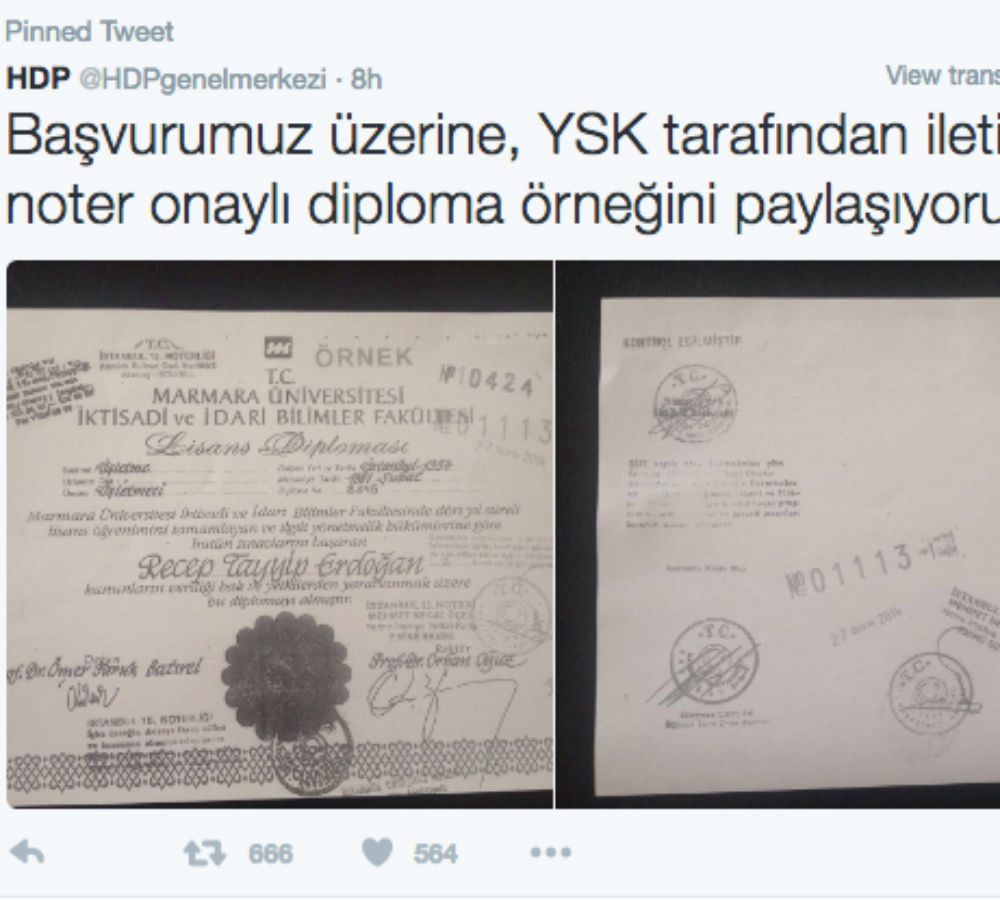 The pro-Kurdish Peoples’ Party (HDP) shared a copy of President Recep Tayyip Erdoğan’s university diploma on its Twitter account on Friday as the debate on the diploma continues in Turkey.

The tweet also said that the notarized copy was obtained after the HDP applied to the Supreme Election Board (YSK). “Our legal application will continue to determine whether the diploma is authentic or not,” the tweet read.

The claim that Erdoğan does not have a degree have long been discussed in Turkey. The Marmara University in İstanbul had released a copy of Erdoğan’s diploma after the claim, however the released diploma caused more doubts.

The released diploma named “School of Business Administration” as the department Erdoğan graduated from, however Erdoğan previously wrote in his CV that he graduated from “Faculty of Economics and Commercial sciences.

Last Friday, Marmara University rector Mehmet Emin Arat said in a written statement that Erdoğan was a graduate from the university and the allegations on the social media that Erdoğan does not actually have a degree were “unfair” and “baseless.”