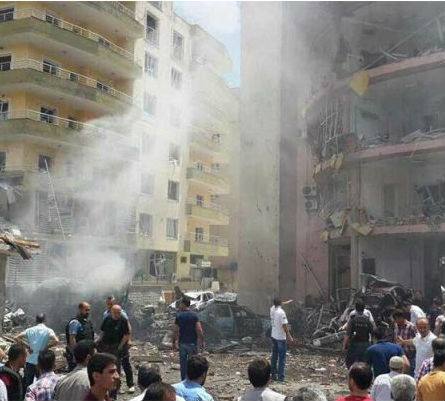 Three people — including a police officer — was killed and around 30 were injured when a bomb-laden vehicle was reportedly exploded in front of the Midyat Police Department in the southeastern Mardin province.

The explosion took place in the Midyat district around 11 a.m. on Wednesday.

Prime Minister Binali Yıldırım spoke to the press about the bomb attack, saying that three people died and at least 30 people were injured. PM Yıldırım also told the press that  the attack was organized by the Kurdistan Workers’ Party (PKK).

The cause of the explosion is not yet known.